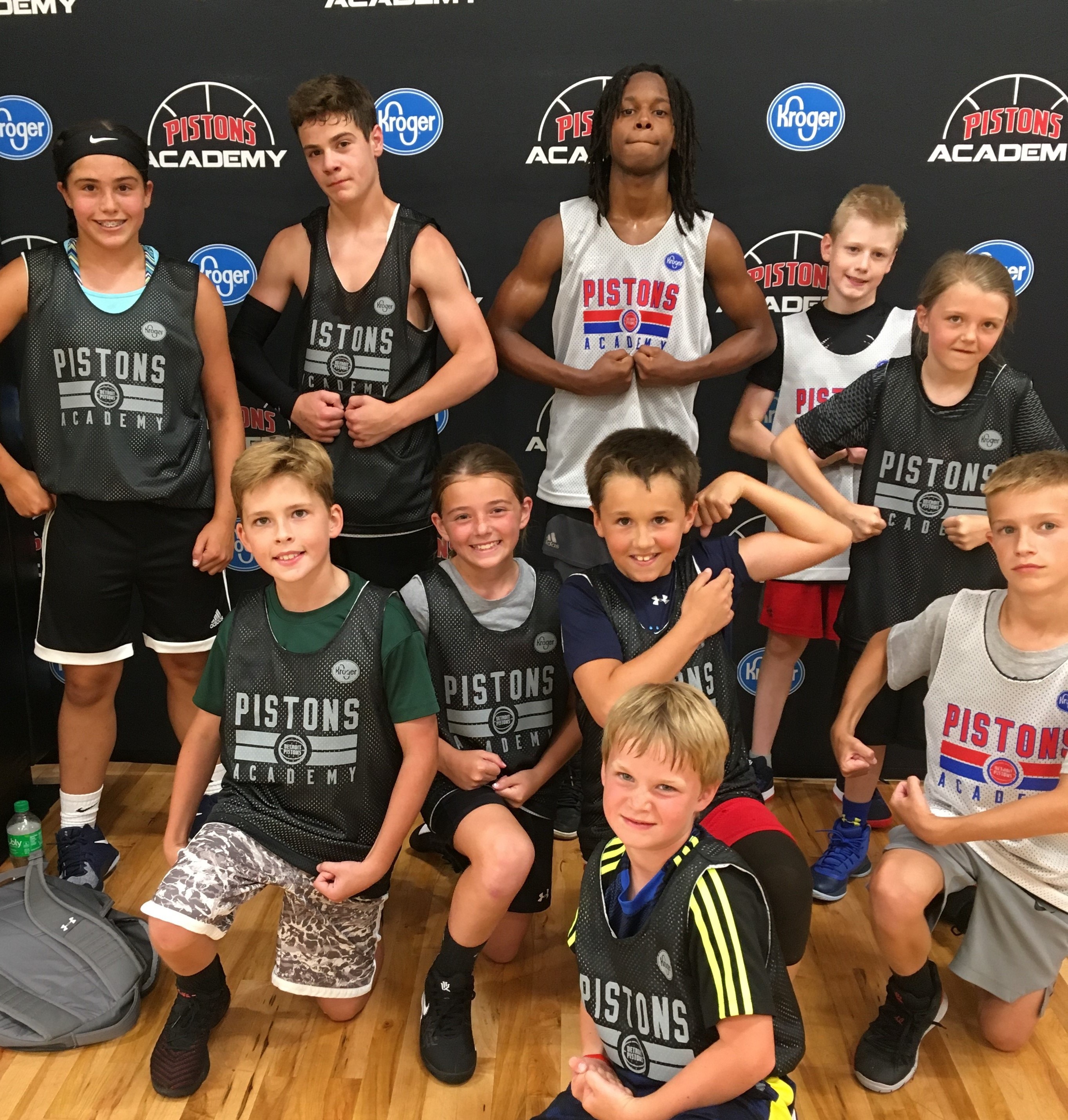 The Pistons Academy Summer Basketball Camp, powered by Kroger, breezed through day number two in Grand Rapids with RESPECT as the main point of emphasis. 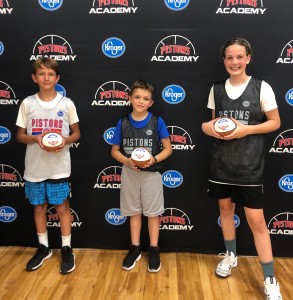 “I noticed three specific things today when it came to respect,” said Coach Jake Thomas of the White Division, “1- Losing teams never hesitate to shake hands with winning team; 2- Great manners during lunchtime and 3- almost no arguing with the referees. That is an amazing day at camp, in my opinion.”

With so many kids showing respect for the game, it was hard for coaches to decide on just three.  After a long and careful process, three campers were awarded “Respect Players of the Day.”  Gabriel, Jayden and Anna (pictured) respected the game, their teammates and officials.  “These were great selections,” said Camp Director Bryan Bollin, “I was really impressed with how well they played and how classy they were in victory or defeat.”

Regular season games continued in both 4-Ball and 5-on-5 and the camp saw some outstanding performances.  Today, seven of the 14 teams hit the 100 mark and an eighth team got as high as 95.  The top score, and only undefeated team left, was Kentucky (6-0).  Led by captain Andrew Fox, they scored an impressive 125 and are favorites to win the tournament!  To check out the 4-Ball and 5-on-5 standings, click here: MSA Standings

In the Free Throw Contest, Jack Higgins took the overall camp lead with a solid score of 14 points.  He has a 1-point lead over sharpshooters Andrew Baker and Braden Vanderberg who have 13 points each.  To view the Free throw scores, click here: MSA FT Standings

The Red Division (grades 3, 4, 5) had many outstanding performances of their own!  David Dargis leads the Red FT Contest with an impressive 15 points.  In second place, and climbing fast, is Kellen Paul with 12 points! To view all the Red Division standings, Click here: MSA RED STANDINGS

The Detroit Pistons have won three NBA Championships.  Name the head coaches of those teams.

If you think you know the answer, write it down on a 3×5 piece of paper and turn it in at check-in tomorrow morning.  Correct answers will be placed in a drawing for some cool Pistons Prizes! Don’t forget to put your name on it!