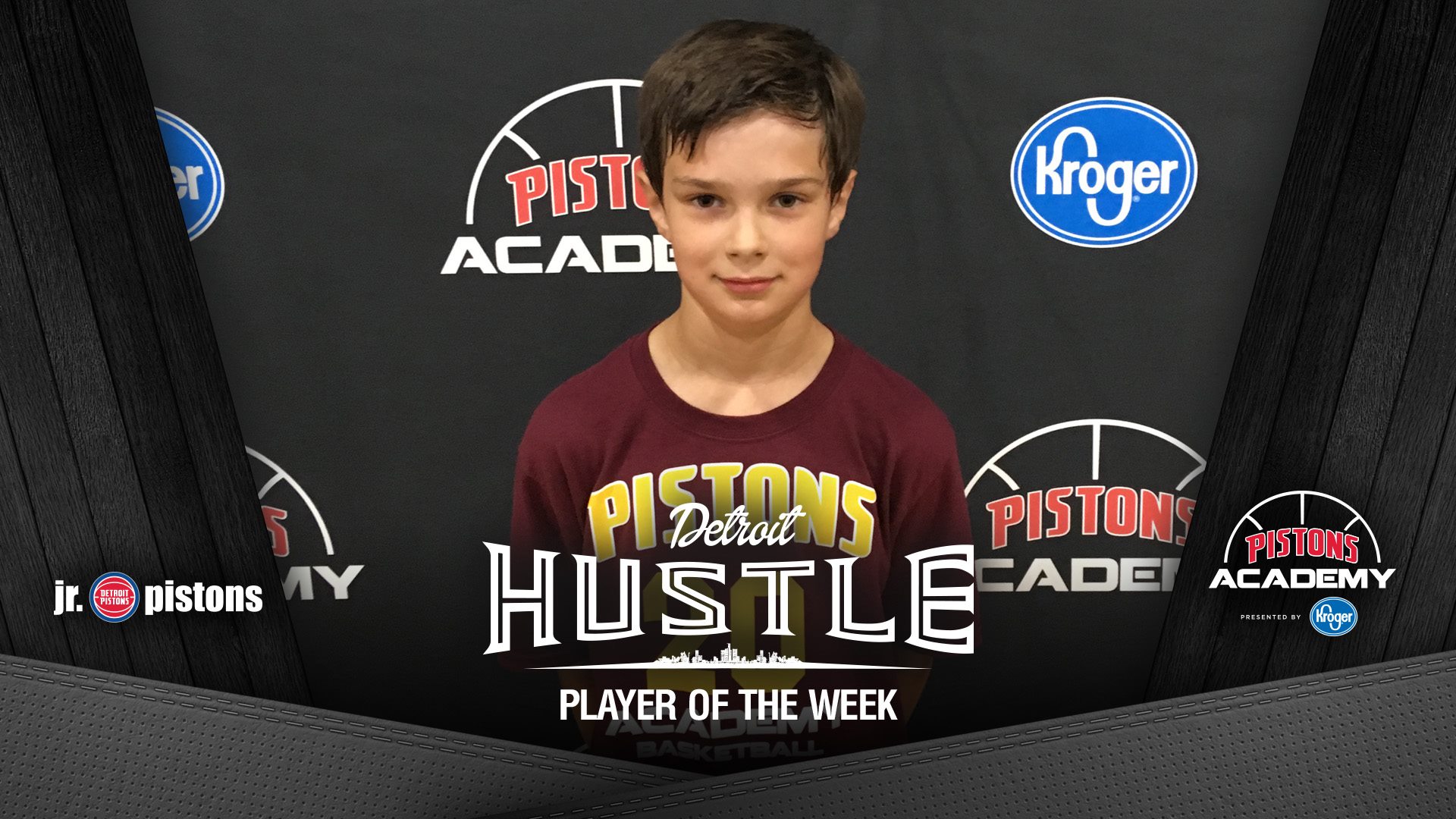 Detroit Hustle Player of the Week

Congratulations to Taylor Vance of the College Division Chippewas on being named the “Detroit Hustle Player of the Week.” Although his team was trailing for much of the 2nd half on Saturday, Taylor continued to compete and lead his teammates.

SPARKS 20, SHOCK 15: The balanced attack of Chelsea Myrick (6 points), Nora Tillman (4 points), Kinley Roy (4 points) and Kam Bambrough (4 points) combined for 18 of the Sparks (1-1) 20 points.  The strong offensive performance from Frankie Kulpa (10 points) and tough defense from Lauren King and Gargi Mahajan (3 blocks) kept the Shock (1-1) in the game, but it wasn’t enough to overcome the Sparks 1st half lead.

LIBERTY 4, COMETS 21: The Liberty (0-2) had strong performances from Katie Ziegler (2 points ) and Frankie Zalewski (2 points) on both ends of the floor, but the high scoring duo of Campbell Bozek (9 points) and Aurelia O’Connor (6 points) helped the Comets (2-0) stay undefeated.

REBELS 30, FIREBIRDS 22: The Rebels picked up their first win of the season behind 16 points from Tess Tillman. The Firebirds, who dropped to 1-1 on the season, were led by Trinity McCormick (6 points). Hanna Gable and McKinley Reid each scored 6 points for the Rebels (1-1).

ANGELS 22, CRUSH 8: The Angels moved to 2-0 on the season and sit at the top of the Friday Night Lights Varsity standings. Brooke Brown scored a game-high 8 points for the Angels and Hailey Lossia added 6 points. Sophia Salinas scored a team-high 4 points for the Crush (0-2).

CELTICS 43, WARRIORS 39: In a potential preview of both the NBA Finals and the Pistons Pro Division Championship, these two unbeaten teams went back and forth all Friday night. After jumping out to a 6-point halftime lead (22-16), the Celtics held off the Warriors and earned the top spot in the Pro Division. Ben Diskin scored 16 points for the Celtics (5-0) and Brent Moore added 9 points and 6 rebounds. The Warriors (4-1) were led by Ben Rosenfield’s game-high 19 points. Graham Barker chipped in 6 points.

TROPICS 15, BULLETS 0: The Tropics (5-0) won via forfeit as the Bullets (1-4) were without several players on Friday night. Both teams will be back in action the weekend of October 26-27.

HUSKIES 33, CHIPPEWAS 14: The Huskies got back to their winning ways with a commanding 19-point victory over the Chippewas on Saturday. Benjamin Schwartz led the Huskies (4-1) with 8 points and Mikias McKinney netted 6 points. The Chippewas (2-3) were led by Spencer Sherr (6 points) and Aaron Robinson (5 points). The Chippewas’ Taylor Vance was named the Detroit Hustle Player of the Week for his determination and toughness on Saturday.

WILDCATS 18, SPARTANS 15: The Wildcats, undefeated at 5-0, narrowly escaped with another victory on Saturday. For two consecutive weeks, the Wildcats have taken their opponent’s best shot. They’ve come out victorious each time. Max Chaldecott and Chase Chaldecott each scored 6 points to combine for 12 of the Wildcat’s 18 points. The Spartans mounted a second-half comeback attempt, outscoring the Wildcats 10-7 in the 2nd half, but it wasn’t enough as the Cat’s hung on for their 5th victory. Landon McKinney scored 6 points, David Moulder Jr. scored 5 points and Connor Cotant chipped in 3 points for the Spartans (3-2).

BULLS 39, SPURS 34: Alex Hesano scored a game-high 13 points and Parker Levin added 7 points and 4 assists for the Bulls (3-2), as they used balanced scoring and incredible late-game defense to stop the Spurs (1-4). Jack Genzlinger and Jacob Drouillard each scored 11 points for the Spurs, who were without a few key pieces.

RAIDERS 18, RAVENS 14: The Raiders picked up their third straight win behind 8 points from Ferran Domingo-Portet and 4 points from both Jude Bialas and Taye McKinney. The Ravens, coming off their first win of the season, were unable to make it two in a row. C.J. Brown led the Ravens with 10 points.

FALCONS 28, KNIGHTS 17: The Falcons got back on the winning track as they took down the Knights behind a game-high 16 points from Zackary Kozouz. The Knights were led by Lance Kukes’ 12 points and Ziv Ferber’s 4 points. Both the Falcons (3-1) and Knights (1-3) have the pieces to make a playoff run in the Prep Division later this year.

HOOSIERS 32, HOYAS 31: The Hoosiers picked up their second win in as many weeks as they held off the Hoyas by a single point on Saturday. They are now 2-3 for the season. The Hoyas have been pretty close in all of their losses this season, but none have been this close. In a heartbreaker, they dropped to 1-4 on the season. Quran Creary and Cole French led the Hoosiers with 13 points apiece. Eli Yen scored 16 for the Hoyas, while Joey Hesano added 13 points.

BRONCOS 17, WOLVERINES 16: The Broncos were able to snap their 4-game losing streak on Saturday, as they took down the Wolverines by 1 on Saturday afternoon. Tejas Sabnis scored 6 points, Mason Rothschild scored 5 points and Myles Rontal added 4 points for the winning Broncos (1-4). Jack Kutinsky led the Wolverines (2-3) with 10 points.

BLAZERS 33, PISTONS 32: Make that 2 wins in a row for the Blazers (2-3), who have suddenly found a rhythm on offense. Adam Shewcraft scored 11 points, Ryan Hanks knocked down 8 points, and Santino Ruma and Andrew Loughlin each chipped in 6 points to lead a balanced a scoring attack. The Pistons (0-5) were led by Ari Ferber (11 points), Daniel Gonzales (6 points), and Christian Hosler (6 points).

SONICS 53, SPIRITS 52 (OT): The Sonics needed overtime to take down the Spirits, who gave them a tough test on Saturday afternoon. There was no shortage of talent or excitement in this one, as both teams made some great plays and played solid basketball. The Spirits (1-4) were led by Brandon Talley’s 19 points to go along with Nick and Aidan Wagner’s 6 points each. For the Sonics (3-2), Carson Brodsky scored a game-high 25 points and Jacob Bylinowski netted 12 points. With the Legends Division playoffs around the corner, we could be in store for an exciting rematch between these teams.