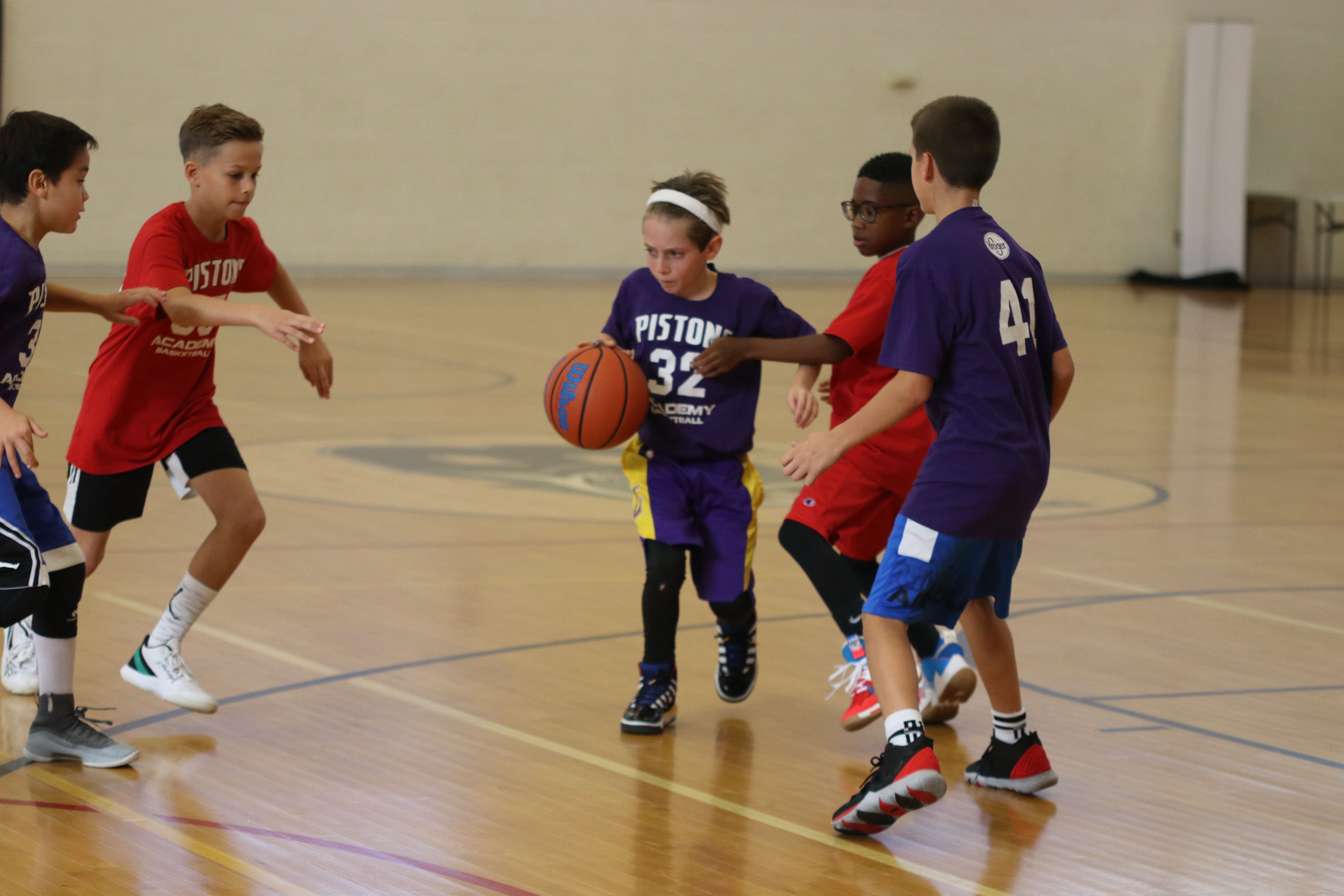 ACES 32, SPARKS 17: In a week 1 re-matched the Sparks looked to upset the #1 seeded Aces.  Led by a career high 11 points from Laura Aubey and 4 points from Lois Cortez the Sparks gave it all they had.  Unfortunately for the Sparks, the Aces offense was still firing on all Pistons, as they sailed through to the Championship game behind a balanced performance from Mia Hammoud (12 points), Lucy Doty (8 points), Hanna Hammoud (4 points) and Reagan Karolak (4 points).

LYNX 15, LIBERTY 12 (OT): In the late game match-up, the Liberty and Lynx needed extra time to fight it out for a spot in the championship game.   The Lynx opened the game with two quick baskets from Kaitlyn Merritt (6 points), but the Liberty answered with 3 points from Charlotte Gress (7 points) to set the tone for the entire game.  Each team tried to pull away, but after 27 minutes of back and forth it came down to one clutch Free-Throw as Katie Ziegler (3 points) tied the game to keep the Liberty’s hope alive. However, as soon as overtime started Perla Hatati (8 points) and Alayna Smith (1 point) refused to lose and secured the win for the Lynx with two tough scoring plays.

FALCONS 19, BLACKHAWKS 16: The Falcons held off a tough Blackhawks team to improve to 4-1 on the season. William Smidt scored a team high 9 points to go along with 2 points from Alex Reger, Zach Casey, Aaron Brayman, Jack Barlage and CJ Brown. The balanced scoring attack was enough to hold off the feisty Blackhawks, who fall to 1-4 on the year. Tyler Robinson scored a team-high 8 points to go along with Isaac Robles 5 points. Both teams appear to be improving and heading in the right direction with the Prep Division playoffs right around the corner.

RAVENS 33, KNIGHTS 8: A dominant performance from the Ravens pushed them to 4-1 on the year and looking as strong as any team in the Division. Miles Trice continued his strong play with 11 points and Joseph Keyser chipped in 10 points to lead the Ravens. The Knights struggled to find their shooting touch in this one, but look to improve as the season wears on. Brett Salkowski led the Knights with 4 points. Jonah Zack and Max Gokovic each added a bucket for the Knights (1-4). Connor Robertson (6 points) and Ethan Joy (4 points) contributed nicely for the Ravens.

FALCONS 19, WARRIORS 16: The Falcons picked up their second win of the weekend to improve to 5-1 on the season. Another close contest proved to be another opportunity for this Falcons’ team to show their toughness, as they rallied in the 2nd half to pick up the win. Zach Casey scored 7 points and Jack Barlage added 4 points to lead another balanced scoring attack that saw 6 different players score for the 2nd straight game. The Warriors were paced by Ryder Fenton and Blake Burch, who each scored 4 points. At 2-3, the Warriors have a chance to secure the #3 seed in the playoffs with a win this weekend.

WOLVERINES 40, TIGERS 27: The Wolverines wrapped up the top spot in the College East Division as they finished the regular season at 5-1. A solid team effort propelled them in this one, as three players scored in double figures: Zackary Kozouz (11), Luca Spadafore (10) and Anthony Abro (10). For the Tigers, Joey Hesano scored an impressive, game-high 20 points. Both teams will look to make some noise in this weekend’s College Division playoffs.

BRONCOS 26, HUSKIES 20: Miles Johnson scored 10 points and Zachary Wells added 7 points as the Broncos improved to 2-4 on the year. Meanwhile, the Huskies (1-5) played another competitive game showing signs of their marked improvement as the season has wore on. Ryan Kay and Isaiah Mahdi each scored 6 points for the Huskies. They will get a fresh start in the College Division playoffs, as they look to play spoiler.

HOOSIERS 35, HOYAS 22: Beau Kennard exploded for a season-high 16 points and Nolan Davis added 6 points for the Hoosiers (4-1-1). The Hoyas were led by Lance Kukes 11 points and Parker Rost’s 6 points. Both teams finished near the top of their respective division in the final regular season standings, as the Hoosiers will be the #1 seed out of the College West Division and the Hoyas are the #2 seed in the College East Division.

SPIRITS 60, BULLETS 36: The Spirits got in the win column for the first time this season behind a strong performance. They played a complete game, cruising to a 24-point victory and building some much-needed momentum before the Legends League playoffs. Rishi Thota scored a season-high 17 points to lead the Spirits. Ben Diskin scored 13 points and Jalen Palmer played a nice game with 10 points and 8 rebounds. The Bullets were led by Alex Proefke and Harrison Dembs, who each scored 9 points.

SONICS 54, TROPICS 49: Mori Miller (15 points), Christian Hosler (14 points),Kareem Rathur (11 points) and Kaan Jovic (10 points) all reached double figures to lead the Sonics (4-2), who managed to finish tied atop the Legends League standings with the Tropics. The two teams split a pair of games this season, but the Tropics gave up fewer points in head-to-head matchups, making them the #1 seed in this weekend’s playoffs. The Tropics were led by John Chinonis (18 points), Ethan Wise (13 points) and Cooper Schoenberg (10 points).

HEAT 39, BULLS 22: The Heat played a tough, relentless brand of basketball on Saturday as they were able to race out to an early lead and never looked back. Santino Ruma was impressive with 13 points and Brandon Brown and Grant Supancich each scored 9 points for the Heat (2-3). The Bulls, who turned the ball over and struggled to keep the Heat guards in front of them, are a team searching for some answers as the regular season comes to a close. They have the talent, but a lack of overall chemistry and poor shot selection has combined to plague them at times this season. They will look to rally in the regular season finale and hope to pull off an upset or two in the Pro Division playoffs.

PISTONS 46, WARRIORS (pro) 42 (OT): The Pistons gutted out an overtime win over the Warriors in a Pro Division thriller! Alex Hesano scored a game-high 21 points and Jacob Drouillard added 11 for the Pistons (4-1). Nathan Lucken (16 points) and Brady Glime (14 points) paced the Warriors, who dropped to 4-1 on the season and into a tie for first place in the Pro Division.