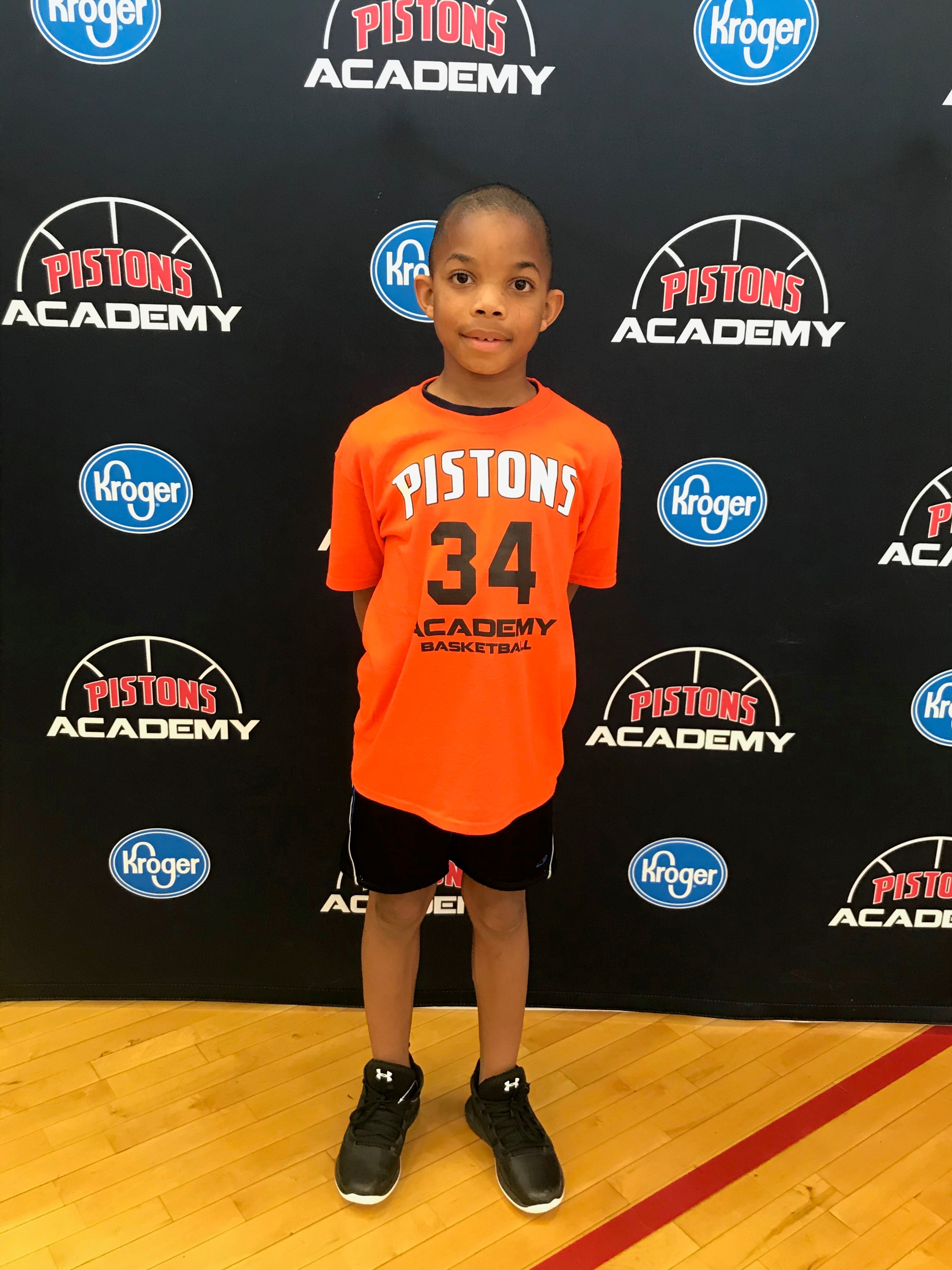 HUSTLE PLAYERS OF THE WEEK

Congratulations to this week’s Hustle Player of the Week, Aaron Davis!

ACES 30, SPARKS 5:  The Sparks entered the first game of the season with a lot of determination and heart, led by their leaders Sophia Potter, Laura Aubey and Zoe Littleton.  However, they faced a tough offensive minded opponent in the Aces, who’s offense looked to be in mid-season form with 5 of their 6 players scoring.  Led by their point guard Sophia Lossia (8 points) and FNL rookie Mia Hammoud (10 points), the Aces took a commanding lead in the first half that helped secure their first win.

LYNX 8, LIBERTY 6: The Liberty started the game with a quick 6-0 lead, scored by their dynamic duo comprised of Charlotte Gress (2 points) and Katie Zeigler (4 points). However, it didn’t take long for the Liberty’s lead to diminish as Lynx center Perla Hatati went to work and muscled her way to a game high six points, to tie the game at 6-6 with 2 minutes left. After an offensive rebound Lynx guard Zoey Hill (2 points) hit the game winning shot with a floater in the paint, to secure her teams first win.

CRUSH 25, SHOWTIME 17:  The Crush used strong offensive rebounding to power their way to an eight-point victory on opening night.  Crush forward Brooks Brielle had seven offensive rebounds (9 total) to go with her eight points in pacing the Crush. Crush guard Chloe Nemeth scored all 10 of her points in the second half to lead all scorers. Jaya Jackson paced Showtime with six points and four rebounds while teammate and FNL rookie Evia Barbu added four points and eight rebounds.

WILD THINGS 24, REBELS 20:  The Wild Things powered their way to a four-point win Friday as they outrebounded the Crush 21-14.  Olivia Zack and Madeena El-Mubarak combined for 22 of the Wild Things 24 points.  Zack also added eight rebounds in the win.  Trailing by 10 at halftime, the Rebels made a big run in the third quarter and outscored the Wild Things 12-6. But they could not get closer than four points.  McKenley Reid paced the Rebels with eight points while Sophia Acuna added two points and a team high six rebounds.

SPARTANS 37, TIGERS 25:  The Spartans jumped out to an early 16-4 crushing the spirits of several Tigers players in the process. “We just couldn’t regroup as a team,” said Coach Jake Thomas after the game, “We hung our heads early and it cost us.” The Tigers outscored the Spartans in the second half 18-16 but it wasn’t enough.  The Spartans received a season-high 16 points from guard Jonathan Schwartz while Aiden Binder added seven. The Tigers were paced by Brady Klein’s 12 points. Joey Hesano scored all 10 of his points in the 4th quarter for the Tigers. Matteo Ruma also pitched in with six Tiger rebounds.

RAVENS 20, KNIGHTS 9:  The Ravens used a strong 4th-quarter surge, outscoring the Knights 9-3 in the final 7:00 of the game to secure their first win of the season. Miles Trice played some strong defense (5 steals) to go with his eight points.  Raven center Connor Robertson added 10 rebounds to go with his four points. “The Ravens rebounded the ball really well,” said Knights Coach Laura Barrick, “We just couldn’t get multiple shots on offense.” The Knights were paced by the fine play of Max Gokovic (4pts) and Brice Jefferson (4 rebounds).

HOYAS 33, HAWKEYES 17:  The Hoyas started slow but relied on some strong second half defense as they handed the Hawkeyes (1-1) their first loss of the season. Led by Lance Kukes 18 points (4-4FTs), the Hoyas outscored the Hawkeyes 19-8 in the second half. The Hawkeyes played well early in the game and jumped out to a 6-2 lead.  As the game went on, the Hawkeyes began settling for jumpers and couldn’t gain any second-half momentum.  Dominic Taylor paced the Hawkeyes with nine points. Ashton Kallabat added two points and three rebounds for the Hawkeyes.

HOOSIERS 30, HUSKIES 20: The Huskies fell to 0-3 on the season but showed massive improvement in the loss. “We just need to keep being aggressive on both ends of the floor,” said Huskies coach Tyler Reamer, “If we do that, we can run with anyone.” That was proven true as the Huskies cut the Hoosier lead to just three points early in the second half.  But Hoosier forward Nolan Davis (16 points) was just as aggressive as he netted 10 of his points in the final 4:45 of the game. Ari Blank added eight points for the Hoosiers. The Huskies were led by Isaiah Mahdi’s seven points while Ryan Kay and Joshua day added four points each for the Huskies.

PISTONS 45, HEAT 27:  The Pistons dominated the boards to help secure a solid 18-point lead at Berkshire Middle School on Saturday.  Pistons guard Nick Schenefelt had 15 rebounds and seven points in pacing his team in the win. Alex Hesano led the Pistons in scoring with 14 points and the Pistons went 4-9 from behind the arc.  The Heat played hard but were too inconsistent on the offensive end to gather any momentum.  Brandon Brown led the Heat with 10 points.  Santino Ruma added nine points but shot only 3-15 from the field as the Pistons height caused trouble for all the Heat shooters.

WARRIORS 10, FALCONS 9:  The Warriors started fast, faded slowly and then finished with some high-level dramatics as they topped the Falcons by just one point.  Trailing by one with 1 second left, Warrior forward Aaron Davis was fouled on a lay-up and went to the line to shoot two free-throws.  Davis calmly sank both leading the Warriors to their first win of the season.  The Falcons, trailing 3-0 at the end of the first, outscored the Warriors 9-1 over the next two quarters.  But the Warrior defense held strong in the fourth as the Warriors finished the game on a 6-0 run.  Blake Burch paced the Warriors with four points while Falcon guard Zach Casey was brilliant with eight points and four steals.

WOLVERINES 31, BRONCOS 10:  The Wolverines dominated almost every aspect of the game Saturday as they blew past the Broncos by 21 points. Anthony and Christian Abro combined for 21 of the team’s 31 points.  The Abro cousins have scored 65% of the Wolverines points this season.  Zachary Kouzouz added six for the Wolverines. The Broncos players hard and never gave up.  Zachary Wells finished with eight points for the Broncos while teammate Mikias McKinney added two points and had two very nice blocks in the game.

SONICS 33, BULLETS 32: The Sonics improved to 2-0 on the season as they squeaked out a narrow 1-point victory on Saturday over the Bullets, who fell to 0-2. Christian Hosler paced the Sonics with 11 points, while Kaan Jovic and Mori Miller each chipped in 5 points. The Bullets, who have been extremely competitive in each game this season, saw several players chip in. Blaine Proefke scored a team-high 8 points, while Max Kramer and Drew Weitzman each added 7 points and Leo Laker netted 6 points.

TROPICS 44, SPIRITS 31: The Tropics, missing a key contributor at point guard, didn’t skip a beat as Cooper Schoenberg filled in beautifully with a game-high 14 points. John Chinonis scored 13 points and the Tropics improved to 2-0 and sit atop the Legends League standings. Omar Zeni scored 9 points for the Spirits (0-2), who will look to regroup and get in the win column next week.

WARRIORS 28, BULLS 25: The Bulls fell to 0-2 on the season but showed great improvement from the previous week. 15 combined points from Christopher Edwards (8 points) and James Chinonis (7 points) helped the Bulls keep this one close, but ultimately, it was the Warriors who earned the 3-point victory. Brady Glime led the way with 8 points for the Warriors (1-0), while Marcus Erwin and Eli Yen each scored 5 points.