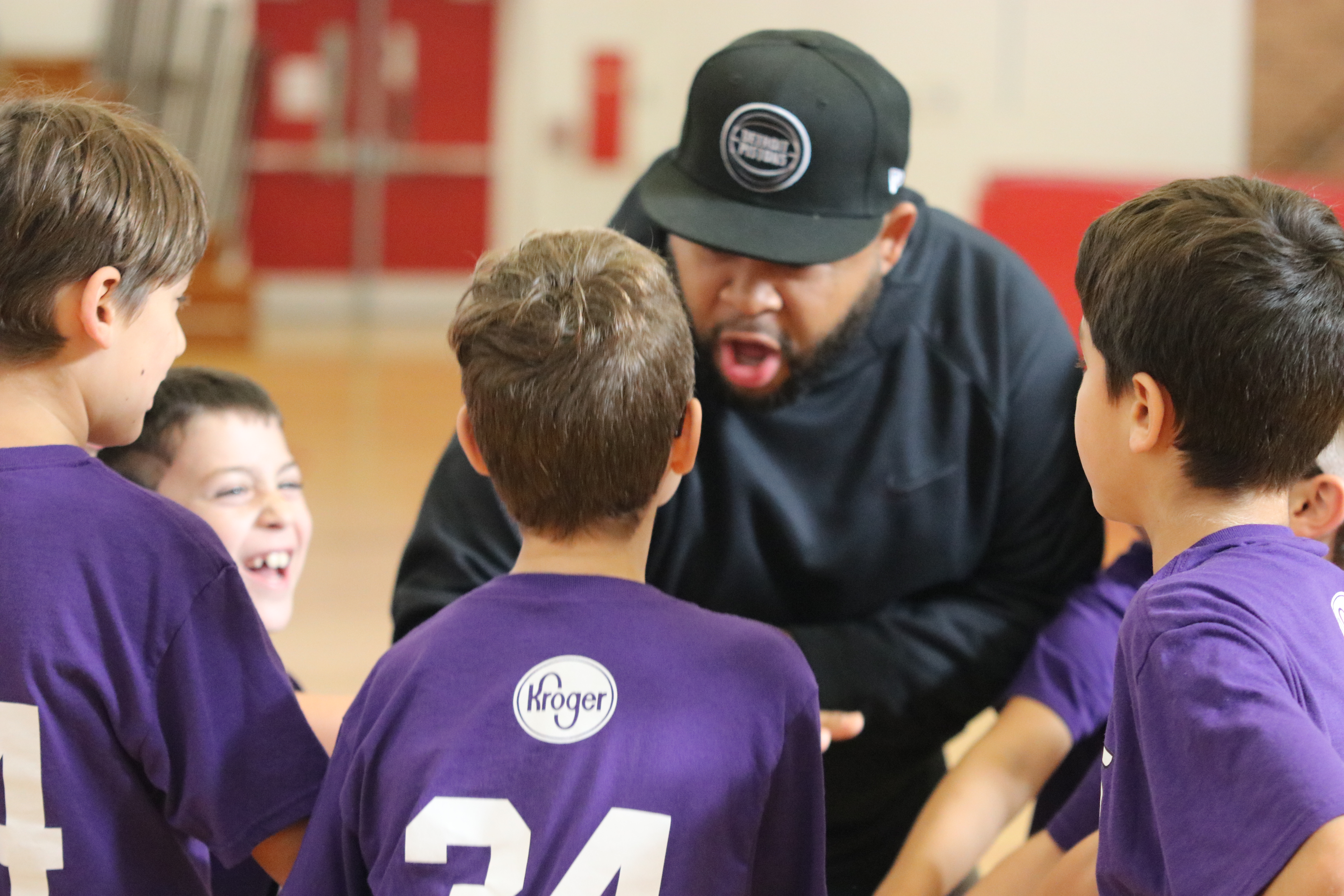 LYNX 20, SPARKS 4: Both teams entered this game looking to rebound after two tough losses in Week 5. The Sparks had plenty of shots and great rebounding from their second unit led by Eva Littleton (2 points), Sophia Potter (2 points) and Valerie Marx, but it wasn’t enough to stop the shorthanded Lynx. Missing some pieces from their line-up, the Lynx relied on big minutes from their fantastic four consisting of Perla Hatati (8 points), Alayna Smith (6 points), Kaitlyn Merritt (4 points) and Mia Maccani (2 points) who toughed out a full game and secured their second win.

ACES 22, LIBERTY 8: The Liberty entered this game looking to stop the undefeated Aces. Led by Charlotte Gress (4 points), Samantha Kulpa (2 points) and Kaite Zeigler (2 points), the Liberty were successful in keeping the game close for most of the first half. However, after a 10-2 run the Aces took over with their fast break offense early in the 2nd half. Lauren King (2 points) and Lucy Doty (2 points) helped the Aces secure the #1 seed in the playoffs and a perfect 3-0 record in the regular season.

SHOWTIME 20, WILD THINGS 9:  Showtime used an awesome 4th quarter run to stun the Wild Things last Friday, outscoring them 10-0 in the final 9:00 of the game. It was the second straight game where the Wild Things were shut out in the 4th quarter. Showtime used a variety of outside shooting and layups to take a 12-9 lead into the fourth and expand it to 20-9 by the final buzzer.  Gabriela Munoz had her best game of the season with six points and six rebounds. Brynn Bauman played great defense and finished with three rebounds and one steal for Showtime. The Wild Things were paced by Olivia Zack with five rebounds and five points. Olivia’s teammate London Wright added four rebounds in the loss.

REBELS 22, CRUSH 17:  The Rebels won their second straight game behind the offensive explosion of Mack Reid and Kaitlyn Therrian who combined for 20 of their team’s 22 points. They needed every basket as the Crush, who trailed 18-5 at one point, rallied for a strong late game comeback.  Brielle Brooks scored all of her eight points for the Crush in the last six minutes of the game. She also added 14 rebounds as the Crush out rebounded the Rebels 30-16.  Crush guard Hazel Guffey hit the league’s first 3-point shot this season and almost made two others!

KNIGHTS 18, WARRIORS 14:  The Knights used some amazing outside shooting to stun the Warriors Friday at Berkshire Middle School. The Warriors led 12-2 going into the 4th quarter when Knights guard Jonah Zack started hitting some deep two-point shots from the baseline.  His teammate, Max Gokovich matched Zack’s eight points as he hit from deep as well.  Ryder Fenton paced the Warriors with six points and many strong defensive plays. Andrew Abro added six points for the Warriors.

BLACKHAWKS 19, KNIGHTS 14:  After playing in many close games this season, the Blackhawks finally got a win behind some great shooting from Isaac Robles. Robles scored eight points and had six steals in the game which often led to transition baskets. Dylan Beznos played a gritty game for the Blackhawks with four points and countless dives for loose balls. Connor Shirley added two points in the win. The Knights were paced by the fine play of Braylon Hudgins who had three points and an impressive nine rebounds.

TIGERS 25, HAWKEYES 17:  The Tigers ended a two-game losing streak Saturday as their offensive schemes worked well and the team was able to get many open looks.  “We try to take what the defense gives us,” said Coach Jake Thomas, “But I think the secret to our win was the great hustle from Matteo Ruma and Bode Bogosian. Those guys were everywhere on defense!”  Joey Hesano paced the Tigers with eight points. The Hawkeyes played tough and drew as close as 16-12 early in the fourth quarter. Although six of the nine Hawkeyes scored, nobody scored more than six points (Dominic Taylor). The Hawkeyes went 1-6 from the line while the Tigers went 3-6.

RAVENS 38, WARRIORS (prep) 15: The Ravens started fast and never looked back as they flew past the Warriors by 23 points Saturday. Connor Robertson scored all six of his points in the first quarter for the Ravens as they jumped to a 13-5 lead. Aaron Davis and Ryder Fenton scored the first two baskets in the second quarter to make the score 13-9, but the Warriors could not draw any closer. Joseph Keyser led the Ravens with an impressive 14 points while Miles Trice added 11 points.

BRONCOS 37, HOYAS 34:  In what was the most exciting game of the afternoon, the Broncos earned their first win of the season in a stunner at Berkshire Middle School.  Trailing by one with 22 seconds left, Mikias McKinney sank a triple from the top of the key to give the Broncos a two-point lead, 34-32. The Hoyas pushed the ball down court and Lance Kukes was fouled with just eight seconds left.  The Hoyas were in the bonus and Kukes calmly hit both free throws hitting nothing but net and tying the game at 34 all.  After a Hoyas time-out, McKinney calmly dribbled through the Hoyas defense and launched a 25-foot triple from just inside half court.  The shot was good and it gave the Broncos the win as the buzzer sounded. McKinney finished with 17 points while teammate Zachary Wells finished with 13 points.  Kukes paced the Hoyas with 15 points as teammate Jordan Scott played his best game of the season with seven points.

SPARTANS 51, HUSKIES 25:  The Spartans were firing on all cylinders Saturday as they doubled-up the Huskies 51-25.  All eight players for the Spartans scored a basket, led by Max Reger (12 points) and Abhi “AB” Thota (10 points). The Huskies were paced by Devin Young’s season best of 12 points while Ryan Kay added five points in the loss.

WARRIORS 44, BULLS 19: Houston Poe scored 13 points and the Warriors moved to 3-0 on the season. The Bulls, who stand at 0-4 on the season, have shown improvement in various areas throughout the season. They are not far off from being a very competitive team, but will need to stay positive and continue working towards peaking in time for the playoffs. Christopher Chuney led the Bulls with 9 points while James Chinonis added 3 points and 5 rebounds. Nicholas Stoyanovich scored 8 points to go along with 6 points each from Brady Glime and Nate Lucken for the Warriors.

SONICS 55, SPIRITS 40: The Sonics continued their strong play in a 15-point win over the Spirits on Saturday. Three players reached double figures for the Sonics as Mori Miller led the way with 18 points, Charlie Iverson chipped in 16 points and Christian Hosler scored 12. The Spirits were paced by Jalen Palmer (11 points) and Ben Diskin (9 points). Although they are winless this season, the Spirits have enough talent to compete with the other teams in the Legends League. They will need to come together and keep working towards a successful playoff run. The Sonics, meanwhile, pulled into a first-place tie with Tropics.

BULLETS 41, TROPICS 35: Harrison Dembs netted 13 points and Leo Laker and Max Kramer each added 8 points as the Bullets picked up a big win, knocking off the previously undefeated Tropics. Ethan Wise scored a game-high 18 points, but it wasn’t enough to overcome the balanced attack of the Bullets, who moved to 2-2 on the season. The Tropics sit in a tie for first place with the Sonics, with the Legends League playoffs just around the corner.