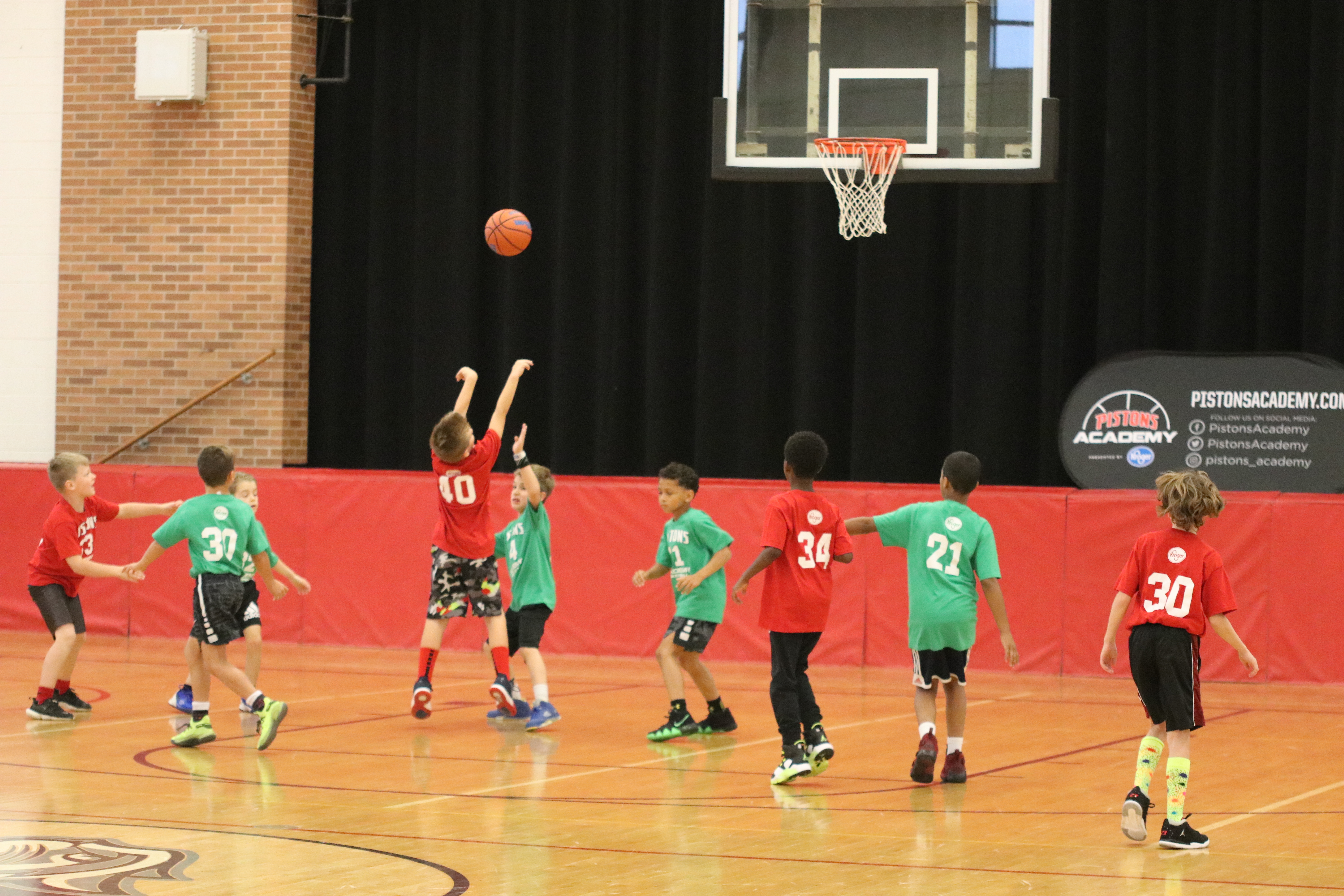 SHOWTIME 15, CRUSH 3:  Showtime won their second straight game Friday as their defense and rebounding keyed their victory. “We really pounded the boards well,” said Showtime Coach “Bear” Rosenfield, “We had to really work hard to shut down Brielle (Brooks) who is so good at rebounding.” Showtime outrebounded the Crush 35-25.  Showtime had amazing performances from Brynn Bauman and Evia Barbu who each had two points and seven rebounds.   The Crush were paced by Brielle Brooks who had eleven rebounds and leads the league with 44 through four games.

REBELS 27, WILD THINGS 16:  The Rebels won their third straight game as they played with only five girls in the win.  Nyna Trombley played amazing defense and paced her team with four rebounds.  McKenley Reid tallied 13 points, including six straight in the third quarter.  The Wild Things played hard and actually outrebounded the Rebels 26-11. Madeena El-Mubarak paced the Wild Things with eight points.  Claire Knicely had her best game of the season by scoring four points and grabbing three rebounds.

WOLVERINES 22, HOYAS 16:  The Wolverines used a fourth quarter scoring binge to surge past the feisty Hoyas Friday evening at Berkshire MS. Entering the 4th quarter, the Wolverines trailed by one, 12-11.  They started pushing the ball in transition and outscored the Hoyas 11-4 in the final eight minutes. Zackary Kozouz shook off a slow start and finished with a game high 11 points. Anthony Abro added five and Everett Wertz tallied three points and 14 rebounds for the Wolverines.  The Hoyas were paced by Parker Rost’s nine points and 11 rebounds.  The Hoyas struggled from the free throw line going just 1-8.  The Wolverines went 6-14 in a game that saw 22 fouls overall.

FALCONS 28, KNIGHTS 9:  The Falcons used 20 second-half points to blow past the Knights in the first game on Saturday morning at Berkshire.  The run-and-gun play of Alex Reger (12pts)and William Smidt (6pts) helped the Falcons offense. Knights forward Brett Salkowski played his best game of the season with six points and several big rebounds.

TIGERS 39, BRONCOS 22:  The Tigers won their second straight game Saturday by using a balanced scoring attack and great rebounding. Six of the eight Tiger players scored, led by Brady Klein and Joey Hesano who tallied a combined 19 points.  Myles Rontal had a great game for the Tigers with 11 points and Bode Bogosian had two key steals early in the second quarter. Mikias McKinney paced the Broncos with 12 points while teammate Brendan Barnosky showed outstanding hustle, diving for countless loose balls.

WARRIORS 53, CELTICS 29: In a game that saw nine combined threes, the Warriors outgunned the short-handed Celtics by 24. Nathan Lucken was unstoppable in the first half as he scored all of his 14 points in the first 18-minutes. Eli Yen added eight for the Warriors. The Celtics, playing without their top two draft picks, played hard and made the Warriors work for the win. Celtic swingman Drew Johnson hit a pair of threes for the Celtics while Tommy Vogt had his best game of the year with seven points and two assists in the loss.

RAVENS 25, BLACKHAWKS 20:  The Blackhawks played in their second straight nail-biter on Saturday, this time falling to the Ravens by five.  Last week the Blackhawk played their best game of the year in getting their first win and they continued that fine play on Saturday.  Six different players scored for the Blackhawks including Tyler Robinson’s six points. Connor Shirey added four points as did Bobby Smith.  The Blackhawks outscored the Ravens 12-8 in the fourth. The Ravens played strong down the stretch and stayed composed. Joseph Keyser (10pts) hit two big free throws late in the game while Miles Trice added six.

HUSKIES 27, HAWKEYES 25:  The Huskies got their first win of the season Saturday as Devin Young scored the tying basket with 22 seconds left in the game and then hit the game winner just a few seconds later. “It was great to get that first W,” said head coach Tyler Reamer, “It went right down to the wire and Devin Young just took over!” Joshua Day had his best game of the season for the Huskies with 11 points and many key assists. The Hawkeyes were paced by Dominic Taylor’s eight points while teammate Roger Harris hit a big three and had many big defensive rebounds.

HOOSIERS 31, SPARTANS 14:  The Hoosiers continued their winning ways as they outran the Spartans Saturday at Berkshire Middle School.  Nolan Davis and Beau Kennard combined for 18 points while Taylor Vance added five points and some great defense. The Spartans committed too many turnovers to hang with the Hoosiers but played hard, regardless.  Ashton Williams scored five points while teammate Aiden Binder added four.

BULLETS 44, SONICS 33: Drew Weitzman scored a season-high 10 points for the Bullets, who have pushed their record to 3-2 on the season following their recent winning streak. Blaine Proefke added 9 points, Leo Laker scored 8 and Max Kramer scored 7 points for the Bullets. The Sonics were led in scoring by Dorian Coxton (10 points) and Armaan Jovic’s 5 points. Both teams are now 3-2 on the season with one regular season game remaining.

TROPICS 51, SPIRITS 41: Ethan Wise led his team back from a 7-point halftime deficit, scoring 12 of his game-high 19 points in the second half. The Tropics, who trailed 22-15 at halftime, outscored the Spirits 36-19 in the second half. A full court press and fast-break opportunities helped the Tropics pull away. It was another disappointing loss for the Spirits, who are now 0-5 on the season. They are certainly one of the more talented teams in the Legends League, but they are still searching for the toughness, team chemistry and togetherness that is necessary to win. Cooper Schoenberg added 10 points for the Tropics, who are 4-1 on the season and sit atop the Legends League standings.