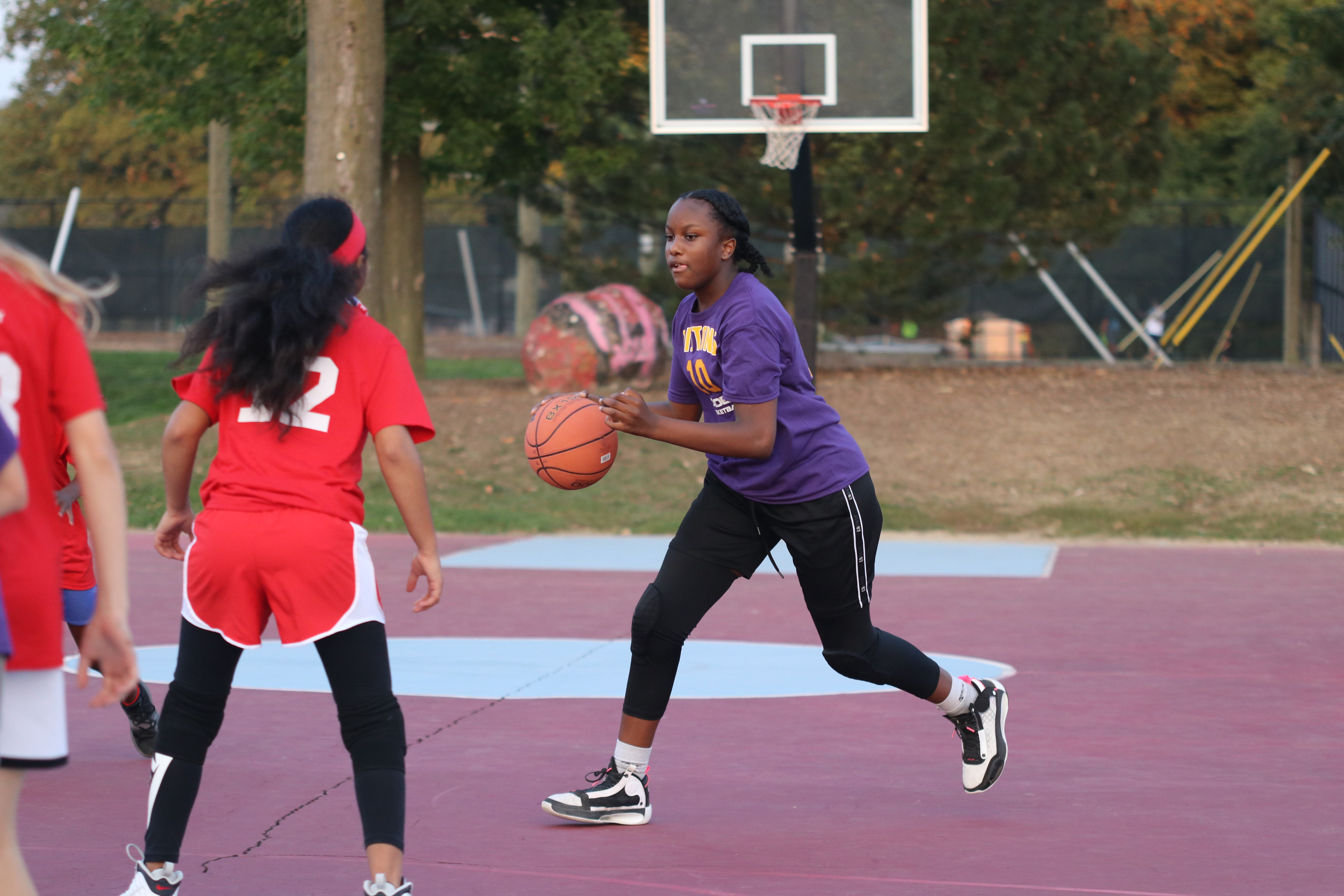 “It was a perfect night for basketball,” said League Director Coach Geo Thomas, “I think it was something that we’ll remember for a long time – I know I will!”

The temperature was a perfect 74 degrees at tip-off of game one between the Crush and Lightning.  Both teams were introduced to the socially distanced fans who showed their support with applause and cheers.  Lightning forward Jaya Jackson scored the first basket of the year and finished with a game high 12 points.  The Crush were paced by the amazing hustle of Shyla Ankatha (4pts) and the rebounding of Brielle Brooks (8 rebounds). Lightning Coach Sela Lefler was pleased with her team’s 30-14 win. “Last season was a rough one for us so it was great to start the season off with a win.”

In the second game, The Shock scored an impressive 42 points in a 20-point victory over the Lakers.  The dynamic duo of Mack Reid (18) 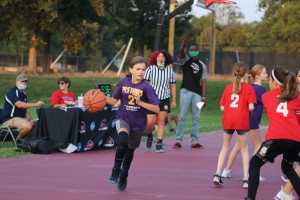 and Kaitlyn Therrian (6) combined for 24 points in the victory.  the Lakers battled back in the fourth quarter as Londyn Hall scored 11 of her 17 points in the final nine minutes of play.  “We were definitely firing on all cylinders tonight,” said Shock Coach Deji Adebiyi, “I like our attacking spirit and all the girls seemed to working together.  It will be a fun season!”  Evia Barbu had her best FNL game with 10 points (2-2FT) while Katelyn Morgan paced the Lakers with four assists.