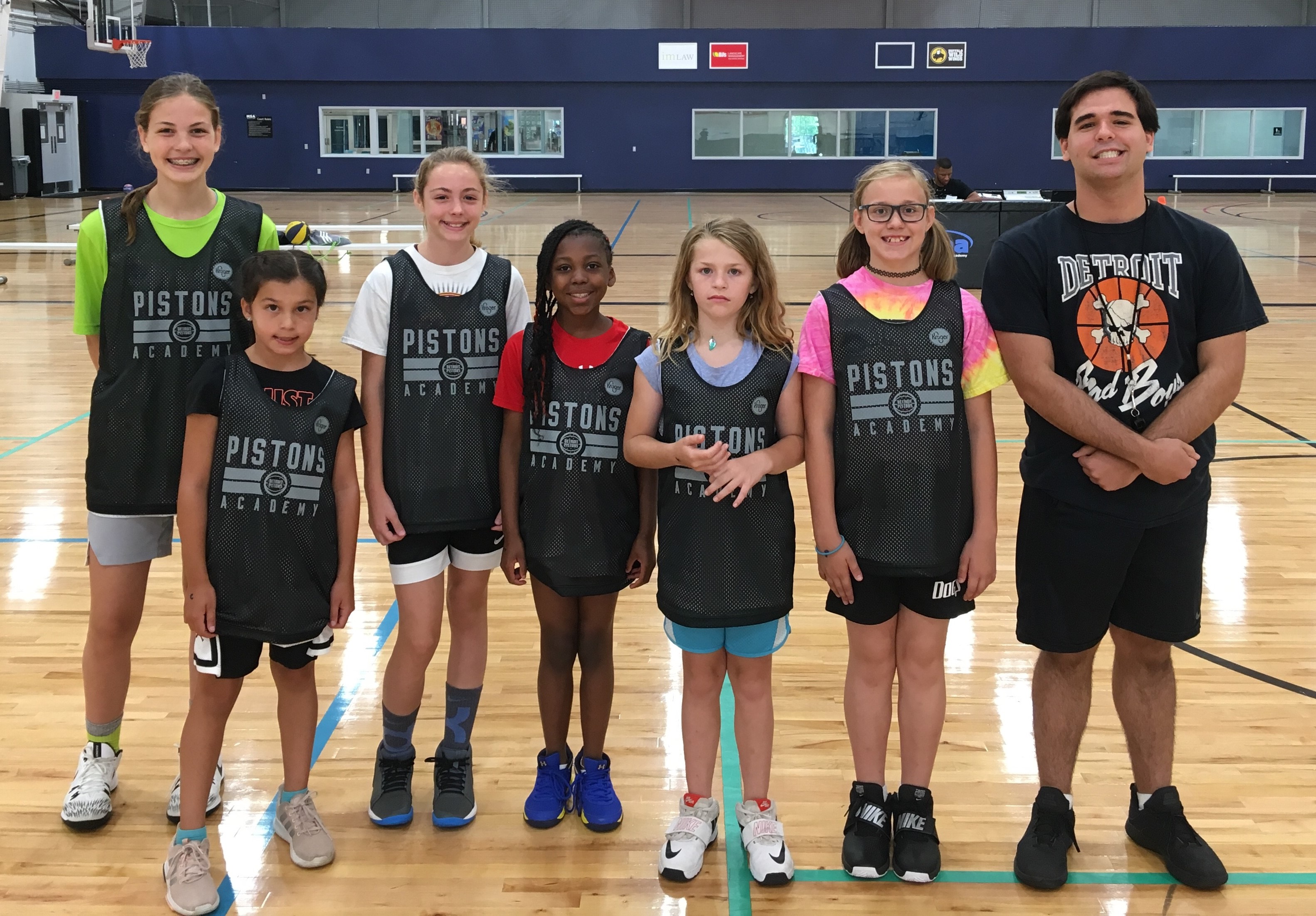 It was a hard-workin’ Wednesday at the Pistons Academy Camp, powered by Kroger and perhaps nobody worked harder than some of the girls attending this week.

“Our Lady Pistons are both fierce and fearless,” said Camp Director Geo Thomas after camp on Wednesday, “They play amazing defense and are never afraid of contact.  They are really fun to watch.”

Today, the camp witnessed the second annual girls all-star game where the top 13 girls played in front of the entire camp. It was a tremendous defensive battle but TEAM MAX was able to rally behind the great defense of Addison Heiler and the scoring output of Anna Krampe (4pts) to secure a gritty 6-0 win. “We ran the fast break to perfection,” said Coach Max, “I love that pace of play!”

Coach Bethany took the loss in stride. “We played hard but didn’t use the tools we had to our advantage.  I loved the effort the team gave and look forward to watching these girls continue to improve.” 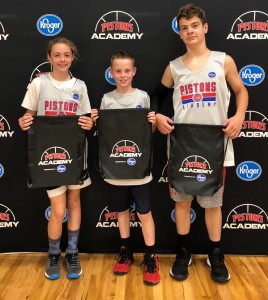 Today’s theme was “HARD WORK” and once again the coaches had a hard time finding just three campers to award.  However, once the three were named it was no surprise to see that Aubrey was one of the top three (pictured at right).  “She is always pure hustle and hard work,” says Coach Max who coached her in today’s All-Star game, “She puts in the work at her stations and it shows in the games.  Just awesome!”

In the free throw contest, Nick Seif scored a perfect 14-14 today and has take the lead with a grand total of 26 points.  Close behind with Braeden Vandenberg and Andrew Baker with 24points.  It is shaping up to be a great FT Tournament on Friday.  Click here for all the stats: MSA FT Standings

Big shout-out to Baylor who secured their first 4-Ball win of the season.  Team captain Jake Derenne and his squad never gave up and got two wins today!  Click here to view the 4-Ball and 5-on-5 Standings:  MSA Standings

From the desk of Coach Beth… This is the Red Division update for the day! Chase Sherman got POTD, we made some trades to fourball, and tomorrow we’re introducing a new fourball team.
Chase was picked for POTD because today he consistently was working on his pick and roll, as well as challenging himself in the post. He dives for loose balls and goes after rebound after rebound.
Some other highlights of the day are Gian Dula-Ogon knocking down several three point shots during his 5 on 5 game, and team S reaching 100 points and their first victory in fourball. The need to know hardest workers from stations are Miles Burgin, Carter Helbich, and Kellen Paul. Aurora Pelham played through a hurt ankle, and did continuously posted up throughout our 5 on 5 games despite that hurt ankle.
Great day for the Red Division today!  Check out the current standings here: MSA RED STANDINGS