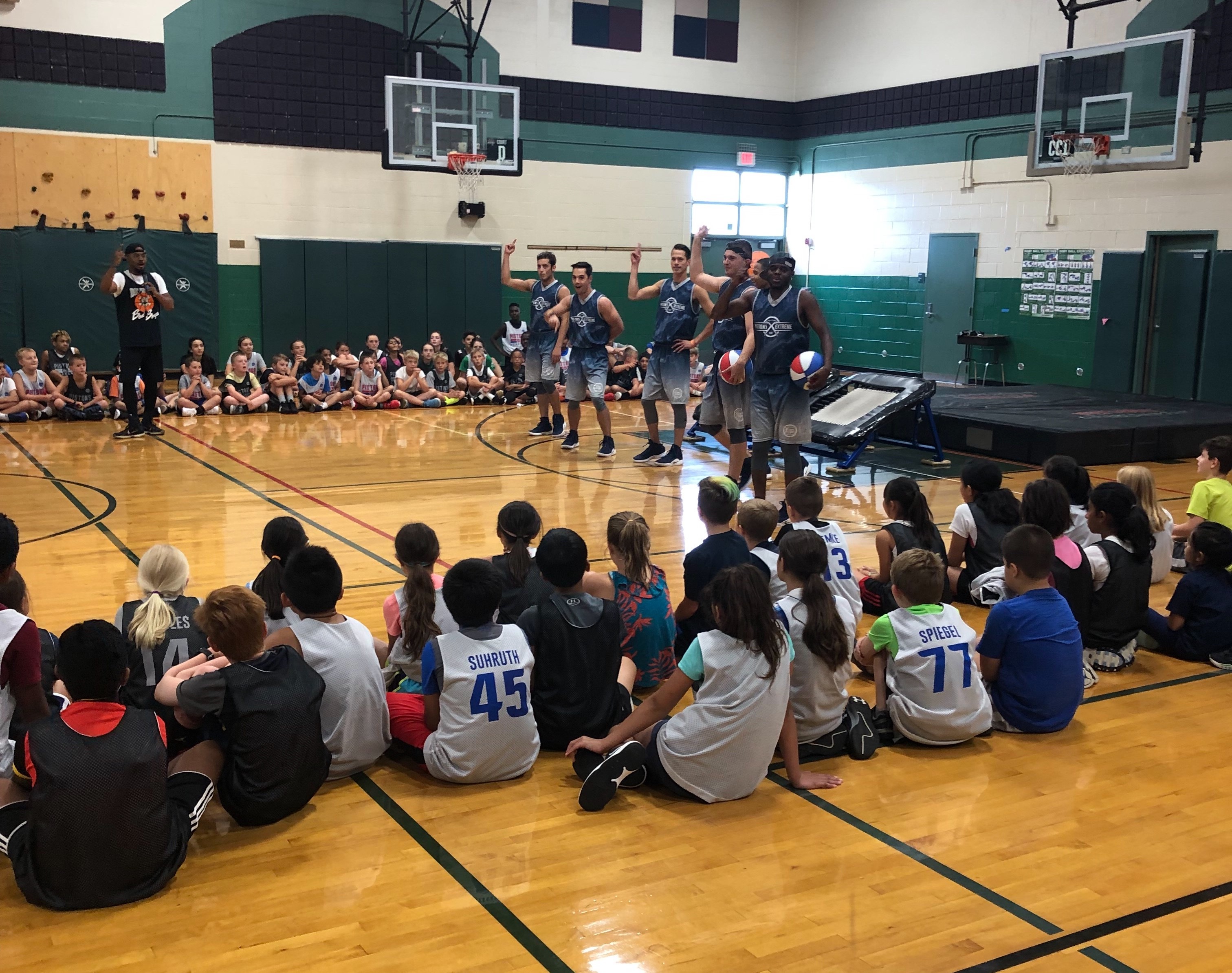 It was a “Hard-Working” Wednesday at the Pistons Academy Camp in Novi as the coaches preached the value of a hard days work.  The campers responded with the typical energy and enthusiasm that coaches expect from the campers at Novi Meadows. “It really is a fun camp because the campers make it fun,” said Red Division Coach Jordan Roebuck, “We bring the hype and they take it to the next level. Very Cool!”

From behind the lenses of Coach Beth… Coming to you live from the Red Division, here are the highlights of today!

Our 5-on-5 standings are unmoved as we played a new game today called Hot Seat! The kids had a blast and played exceptionally well against each other. Blake Wdowiak had some truly fantastic moves to the basket and got some great points for his team. Adrian Noujaim had a few great possessions as well, and played through injury.

Our highest scorer for free throws today is Suveer Singx with 25 points, followed by Rayhan Bhatti and Adrian Noujaim who are tied with 24 points.

We broke two records in Pistons Academy Novi today, the first one was our double overtime ball race tand the other is our $760 money ball jackpot. That is the highest recorded amount in the history of Pistons Academy!

The Player of the Day today Sydney Durant, because as we’ve gone throughout the week she has progressively come out of her shell and really showed the coaches what it means to be a tough and knowledgeable athlete. She is smart on the court, and she definitely holds her own against kids who might be bigger and stronger than her.

As we wrap up our Wednesday, we prepare to have the Dunk Team show us their amazing trampoline skills, and maybe even have a few kids help them out!  Until tomorrow, signing off from Coach Beth!

There was not much movement in the 4-Ball standings as Michigan and Louisville are both tied for first with 6-1 records. However Louisville, led by captain Ryan Christensen, set the Novi Camp record with 95 points.  Other notable achievements include North Carolina setting their team high record of 86 while Syracuse earned their first win of the week. To view all the standings, click here: Novi 4-Ball Standings

In the Free Throw Contest, Ashton Battah has taken over sole possession of first place with a top score of 26.  But close behind are Kosuke Shokawa (25) and Zachary Adam (23). Final rounds of qualifying will be tomorrow.  Click here for the full list of FT Scores: Novi Free Throw Scores

Name your favorite dunker from the Pistons Extreme Team!

Write your answer down on a 3×5 piece of paper and turn it in at check-in tomorrow morning! Don’t forget to put your name on it so you can enter the drawing for some cool Pistons Prizes!