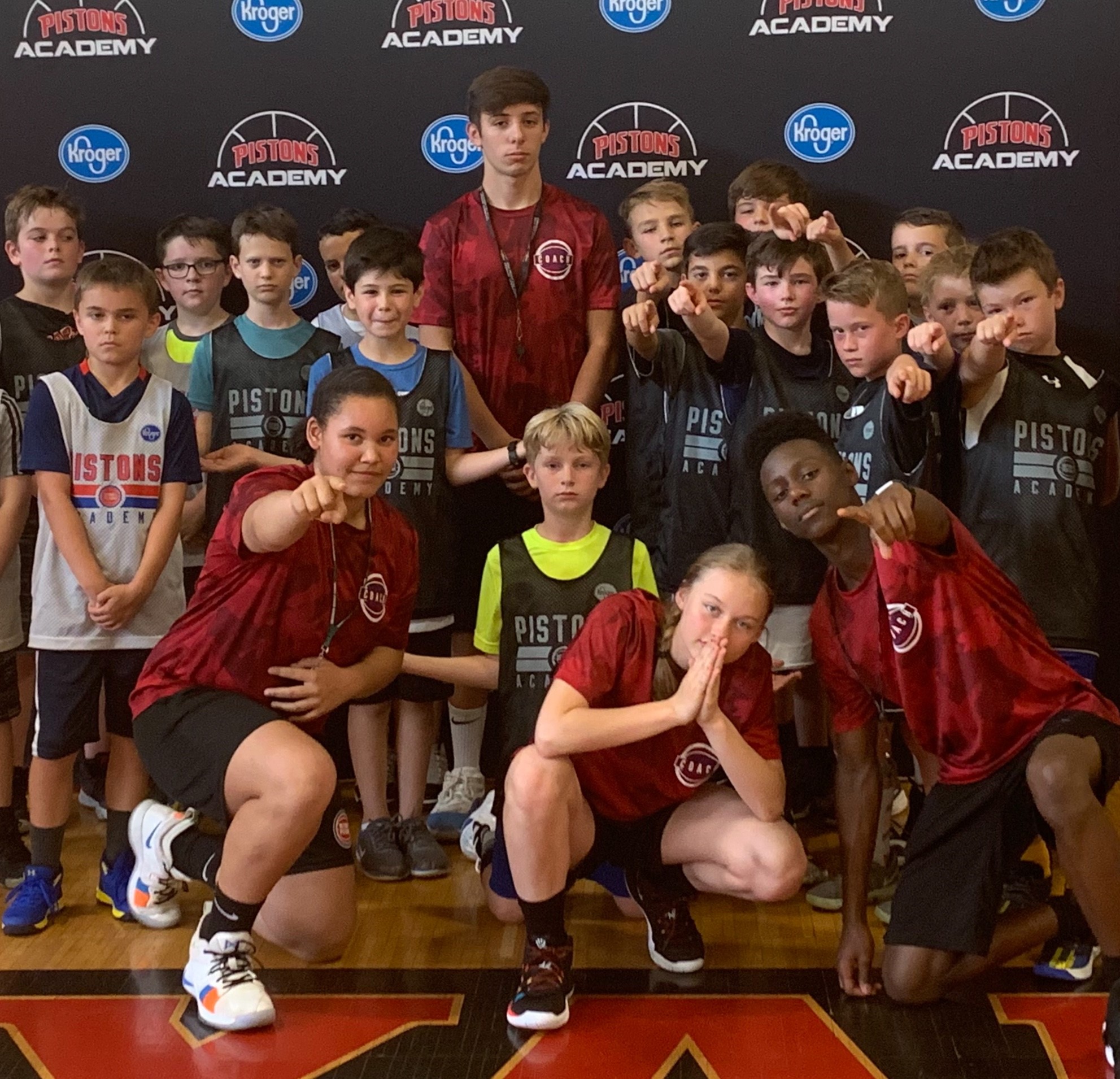 They have worked hard.  They have respected the game – and each other. They hustle in all they do. Now it is time for the 64 campers at ROMS to put their blood, sweat and tears behind them and push through to be the best they can be. “These campers have worked so hard this week,” said Camp Director Geo Thomas, “I wish the parents could have seen first hand how great their work ethic is. They powered on through injury, through the heat, through fatigue.  It may be the hardest working camp I have seen in a long, long time!”  To take a peek and some of the shots we took for “Selfie Thursday,” please visit our Facebook Page after 7:30pm this evening (Like Pistons Academy)

The 4-Ball competition will also start tomorrow and will be a single elimination AND trophy event.  Here are the final standings for 4-Ball: RO 4-Ball Standings

In the 3-on-3 Contest, four teams punched their ticket to a free spot in the downtown 3-on-3 Contest on July 13 at LCA. Those teams were as follows:  RED=Red Ants / GOLD= LAKERS / WHITE=RAD SKULLS / BLUE = REALLY EPIC.  We will e-mail parents instructions on how to redeem their free entry.  Here are the final standings with champions in BOLD: 3v3 Final Standings

Here are the events tomorrow where parents, friends and families can come watch: