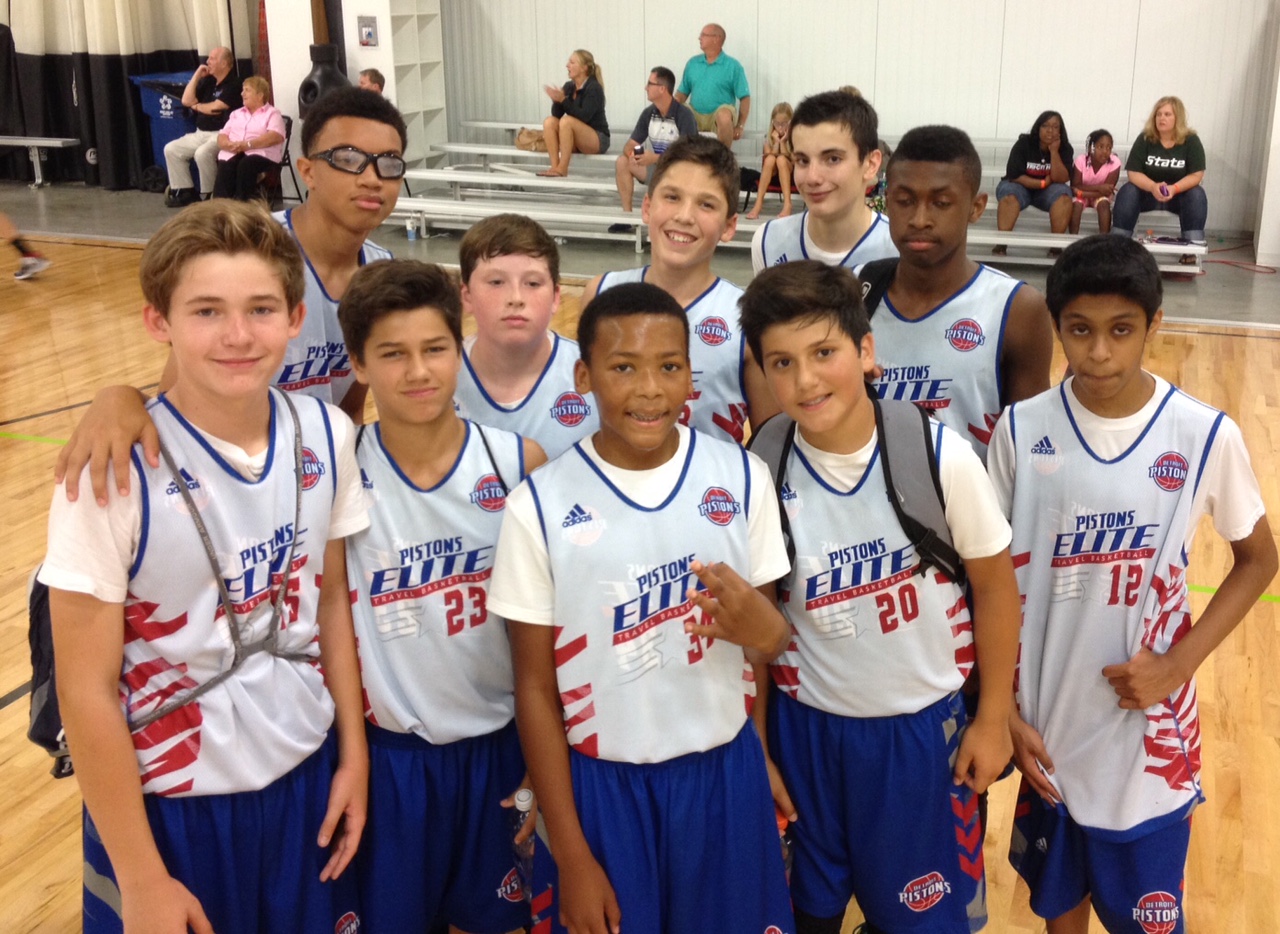 “For our first season as Pistons Elite, I could not be more pleased,” said Head Coach Geo Thomas after the game, “We really played well and the kids represented their coach, their family and the Pistons Organization with class.”

The Elite faced the #2 seed Indiana Legacy in the semi-finals and lost by just one point, 40-39.  It was a furious finish for Elite who wiped out a seven point deficit with under a minute remaining.  Late second threes by Clayton Fox and  Jaylin Atchison cut the lead to one point but time ran out before the Elite could foul and stop the clock.

The Elite finished the season 16-12 and a final four appearance at Nationals capped off a tremendous season.  “These kids played so hard and came a long way this season.  To compete on an elite level like we did and remain competitive was a testament to the teamwork and the family this team has become.  I am very proud of them.”