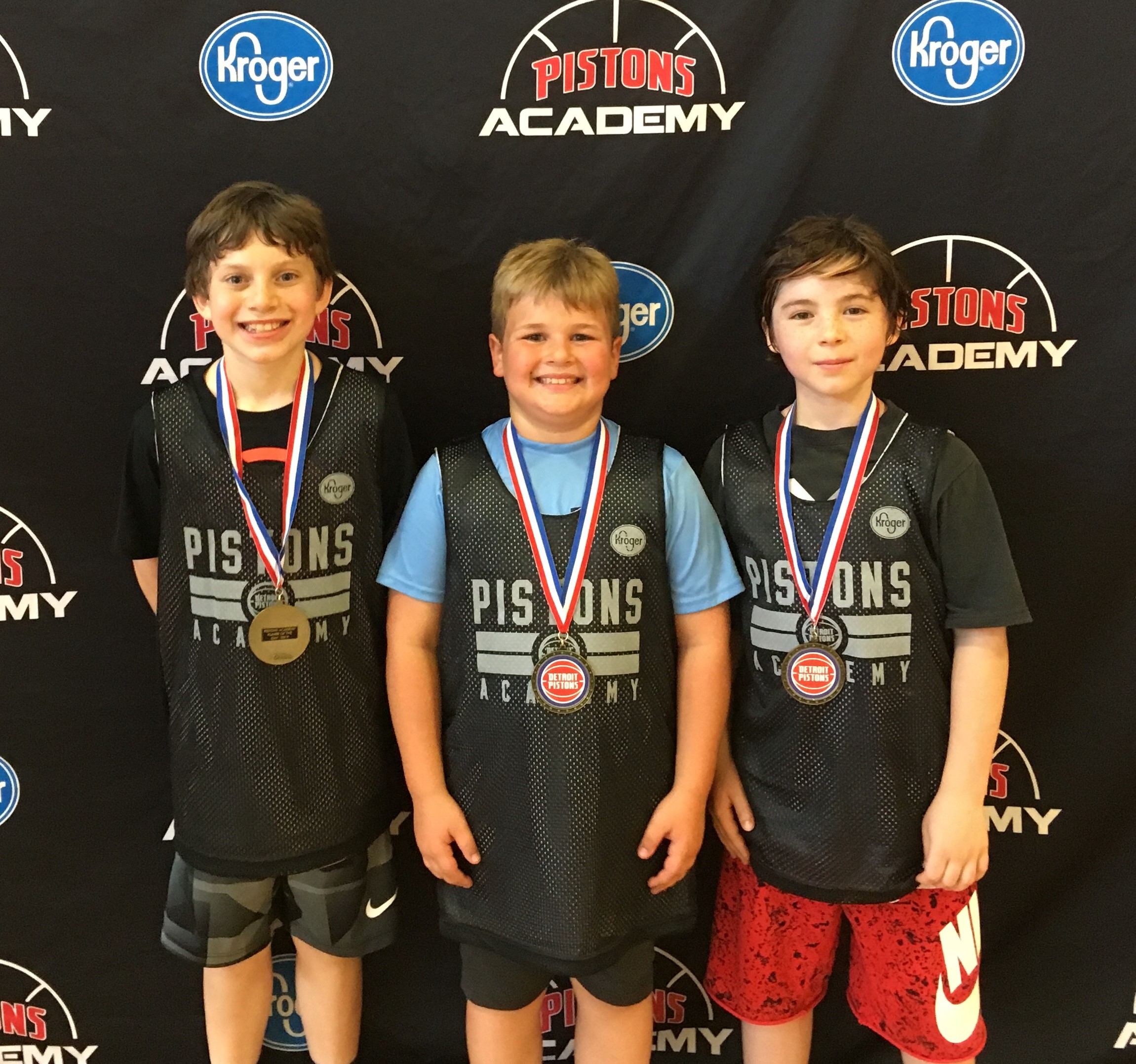 Day two at the Pistons Academy camp at Royal Oak Middle School was no different than Monday as 0ver 60 campers continued to show the three elements we look for at Pistons Academy – Hustle, Respect and Hard Work. And three campers, Avery, Sebastian and Matthew were chosen for showing respect for their teammates, officials and the game.

Red Division Coach Max Wittenberg agreed. “”Campers today were awesome again. Their enthusiasm and energy make this week one of my favorites!”

Along with the positive attitudes, some real talent was being seen on the court. In the Free-Throw Contest, a new leader emerged in Matthew Dilley as he leads the camp with 23 points.  He surpasses yesterday’s leader, Evan Stark, who is now in 2nd place with 19 and a host of other shooters tied for 3rd with 17 points. To view the full list of shooters, as well as the lightning qualifiers, click here: ROMS FREE THROWS

In the 4-Ball competition, Jada’s Florida State team continues to lead the Steph Curry division as they now have a perfect 5-0 record. Liam’s Indiana team is close behind with a 4-0-1 record. In the Klay Thompson Division, three teams are tied atop the standings with 4-1 records but it is Joe McManus’s Quaker State team that has the high score of those three with 58 points. Check out the 4-Ball and the 5-on-5 standings here: RO 4-Ball Standings

Tomorrow, “Way-Back-Wednesday” will have some new events including the team shooting competition, fastest camper in camp contest and the start of our 3-on-3 Tournament.

What Detroit Piston and NBA Hall-of-Famer, was drafted #2 overall in 1981 AND what college did he attend?

If you think you know the answer, write it down on a 3×5 piece of paper and turn it in at check-in tomorrow!