ROCKIN’ AROUND THE HOLIDAY CAMP! 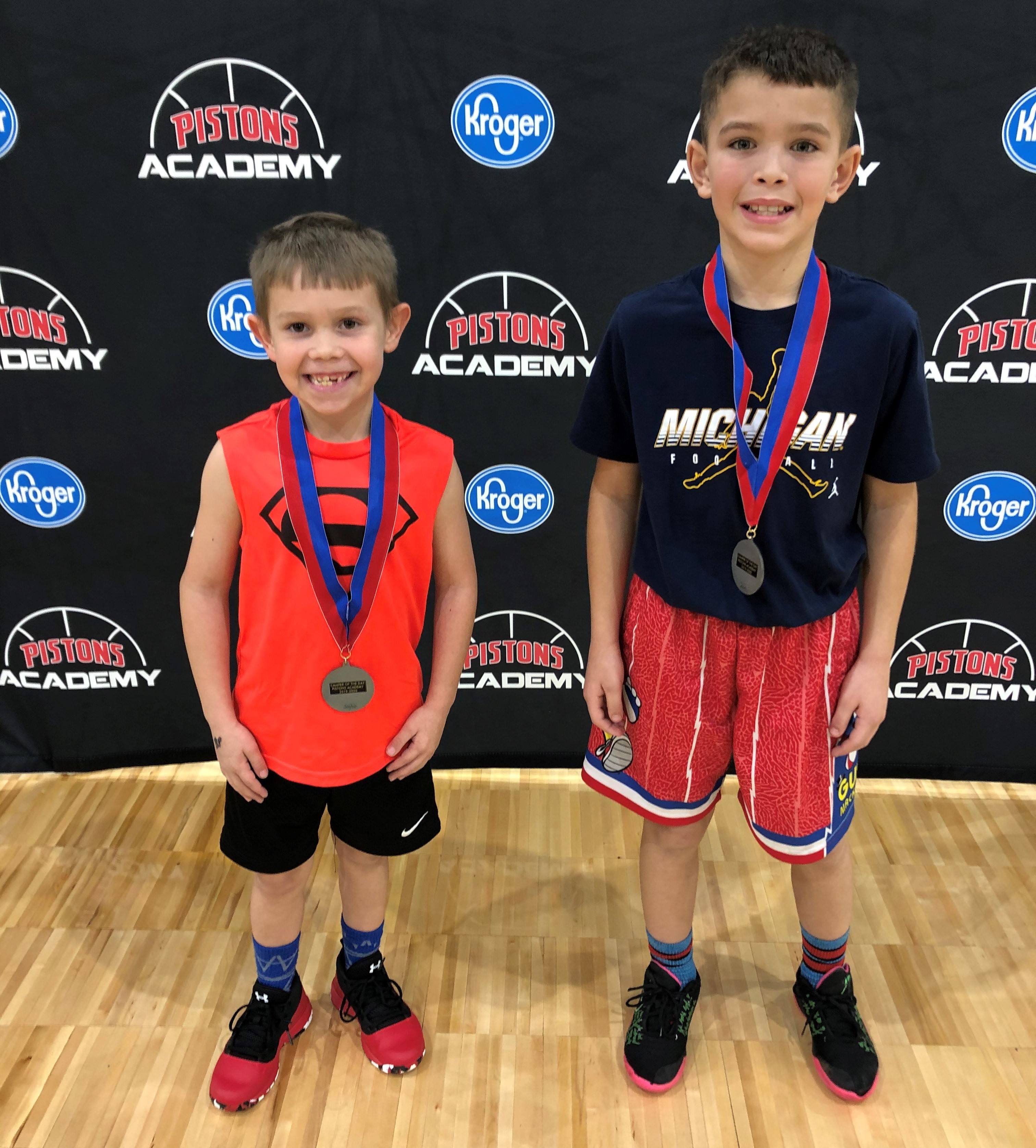 Players of the day (pictured above) are the killer Bs – Braxton and Brady!

The Pistons Academy Holiday Hoopmania Camp at Oakland launched today as 22 energetic campers took the floor and went to work. “Today went by so fast,” commented camp director Geo Thomas, “Our staff had such a good time and the kids were so focused, the day was over before we realized it!”  Story Coming Soon!

Campers took part in skill stations in the morning and they were eager to listen and learn.  “I like the eye contact the kids gave today,” said coach Jake Thomas, “They really seemed eager to learn.  I am so impressed!”

Here are some of the observations from our coaches:

Coach Tyler:  Watching Jacob Parseghian play was fun.  He really worked hard playing in the 5-on-5 and was fearless in attacking the basket. SWhen I was speaking with him at lunch I found out he came up from Toledo just to come to the camp.  Very, very cool!

Coach Bobby: “I was with the older kids today and it is hard to pick just one out.  All ten kids gave everything they had.  I liked the tough rebounding from players like Austin Taylor and Kolton VanDerlinden.  But I think all the players did well and I hope they are back tomorrow!

Coach Ben:  I liked the tough play from Ella Charter and Kate Furmanek.  They appear to be really focused and not afraid to play against taller or stronger players.  Kate really improved throughout the day!

Coach Jake: I loved Braxton Bancroft’s work ethic. He may have been the youngest player in camp but he never complained and just did the best he could at every game or station.  He has great hustle as well!

Coach Geo:  Madelyn Hillmer impressed me so much today.  She may be one of the best passing forwards I have ever seen. She looks like a quarterback out there as she sees the floor so well.  She is going to be an amazing basketball player.  I also loved the hustle from Allison Ivory.  She was like a tornado!

Camp check-in starts at 8:40am tomorrow morning.  Lunch and balls will still be available for sale. Don’t forget your trivia question! 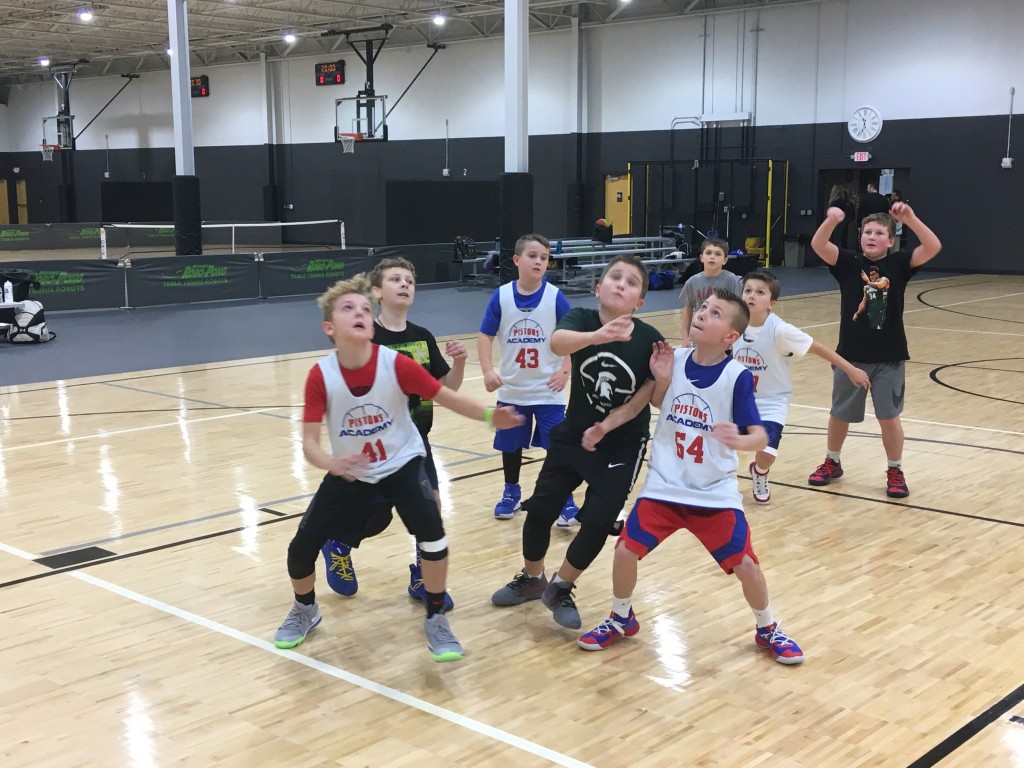