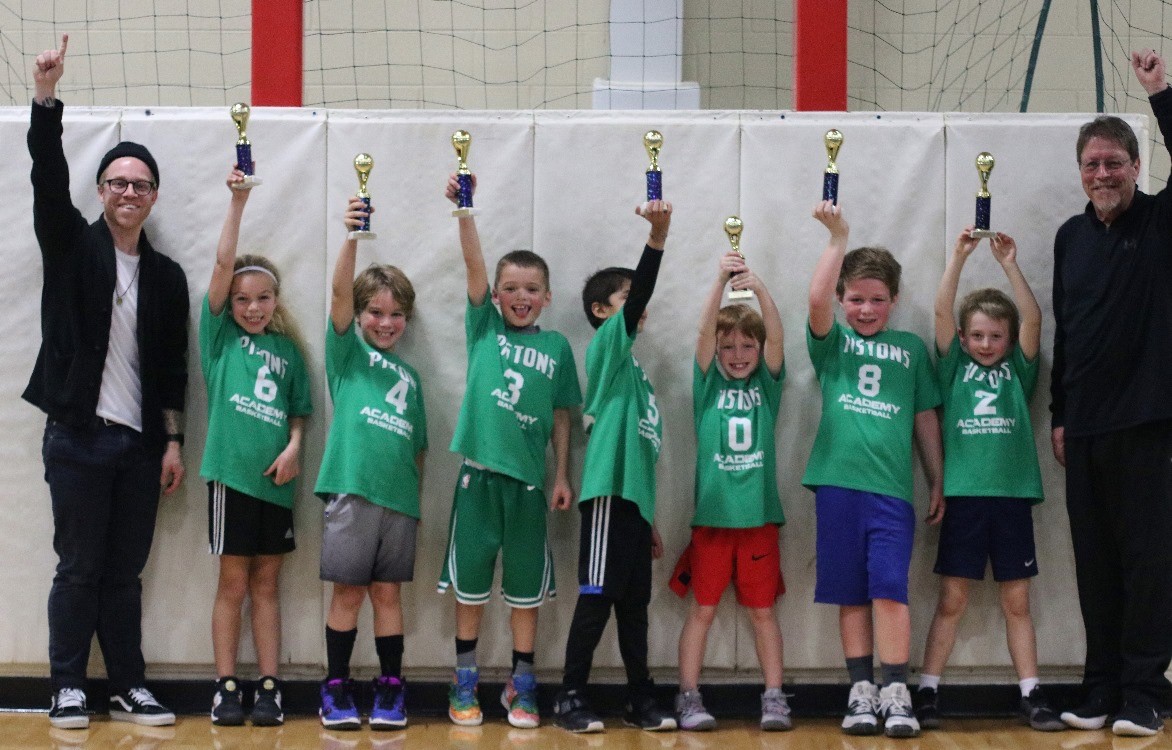 #2 CELTICS 22, #3 SUNS 14: Landon Lutz scored a game-high 12 points and Emmit Allen chipped in 6 points to pace the Celtics in the first Semifinal of the night. The Suns scrapped and clawed, attempting to make a comeback, but the Celtics led from start to finish in this contest. Isaac Miller scored 7 points for the Suns and Thomas Abro chipped in 4 points.

#1 ROCKETS 25, #4 WIZARDS 19: Aidan Singletary scored 8 points, Rafi Adler scored 6 points and Ryan Everett added 5 points for the Wizards, but it wasn’t enough to take down the top-seeded Rockets in Semifinal #2 on Thursday night. Cayden Atisha scored a game-high 13 points and came up with a big play whenever his team needed it most, propelling the Rockets to the Championship Game. Bradley Drelles added 6 points for the Rockets.

#2 CELTICS 30, #1 ROCKETS 25: The Celtics jumped out to an early advantage, leading 15-8 at the halftime break behind a total team performance. Quick ball movement and savvy passing led to open shots and points for the Celtics as they aimed to take down the Rookie Division’s top seed. The Rockets did not back down despite facing the halftime deficit, as they rallied in the 2nd half to bring the score within 4 points on multiple occasions. Ultimately, the solid team play of the Celtics was just too much to overcome, as they got better and better as the season wore on and their chemistry really showed on Thursday night. Landon Lutz scored 10 points for the Celtics, Grant Slack chipped in 8 points, Emmit Allen added 6 points and Vincent Ransom played a strong game with 3 points and several rebounds. The Rockets were led by Cayden Atisha, as he reached double figures and scored 13 points for the 2nd consecutive game. Jackson Drelles added 6 points for the Rockets.