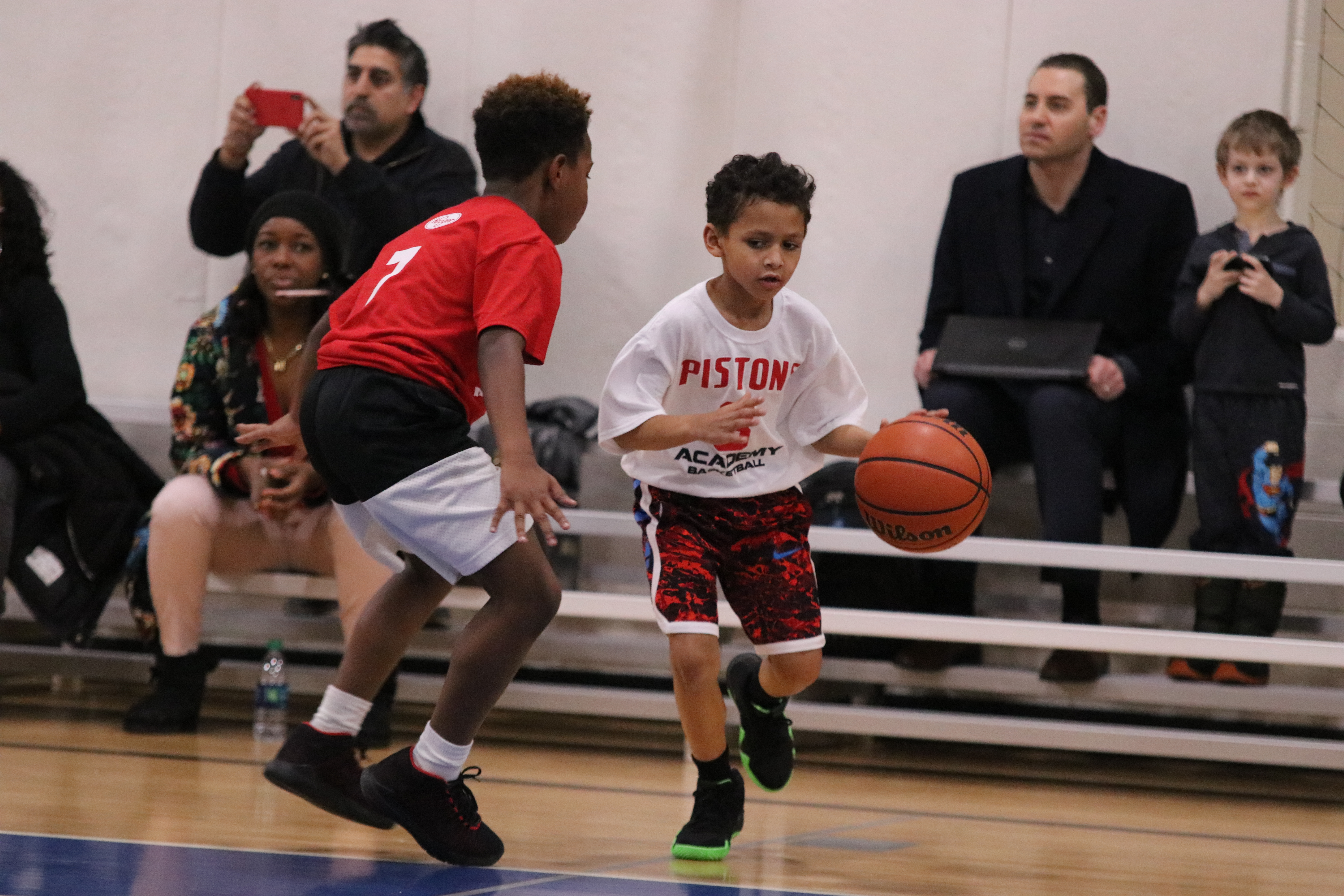 The Pistons Academy Rookie League, presented by Kroger, began last Thursday in Southfield with the Rookie League draft. Players performed drills and competed in scrimmages as the coaches and league administrators did their best to identify this season’s Rookie League stars. The goal of the Rookie League draft is to create the most fair and balanced teams possible so that games will be close, competitive and exciting!

– Teams will have a practice ONLY this week (no games on 10/17). Teams will practice from 6-7pm OR 7-8pm. Practice times are listed on the team roster sheet.

– There will be no practices of games on Thursday, November 28 (Thanksgiving).

– Jerseys will be passed out at your child’s first practice.

– Each team’s schedule varies from week-to-week. Please carefully read the schedule and be sure to double-check your game/practice time each week.

– The Rookie League Playoffs will begin on December 12th. Each team’s playoff schedule will be determined by the standings at the conclusion of the regular season.

– Attendance is expected at all games and practices. If your child is unable to attend a game or practice, please let the coach of their team know as soon as possible.

– Coach contact information can be found on the season schedule.

Please contact League Director Bryan Bollin at bbollin@pistons.com with any questions or concerns regarding the schedule and/or team rosters.