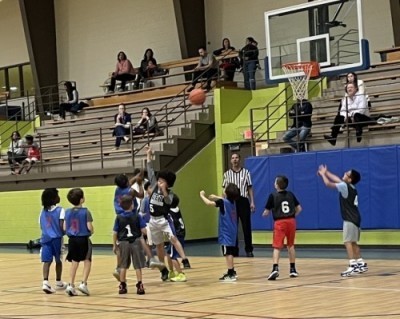 Last night we played the last regular season games before heading into playoffs. All teams were fired up and ready to get a win.

Entering the second half the Nuggets were keeping it close, down by 4. The Nets on the another hand got a second wind and turned up the heat closing out the season with another win.

The match up between the Pistons and the Kings determined who was taking first place heading into the playoffs. This game was full of life as each team battled it out from start to finish. The Kings fought hard but the Pistons were too much and got the first place victory!

The final game of the night was a grind between the Bucks and the Knicks. The Bucks came out aggressive and were not afraid to play defense but the Knicks weren’t backing down. In the end, foul trouble became too much for the Bucks as the Knicks pulled out the win.

Playoff schedule will be posted by Tuesday, November 15th. All teams will play a playoff game next Thursday. The Championship game will be held the following day on Friday.