THE NEW LOOK PISTONS – WHO ARE THESE GUYS? 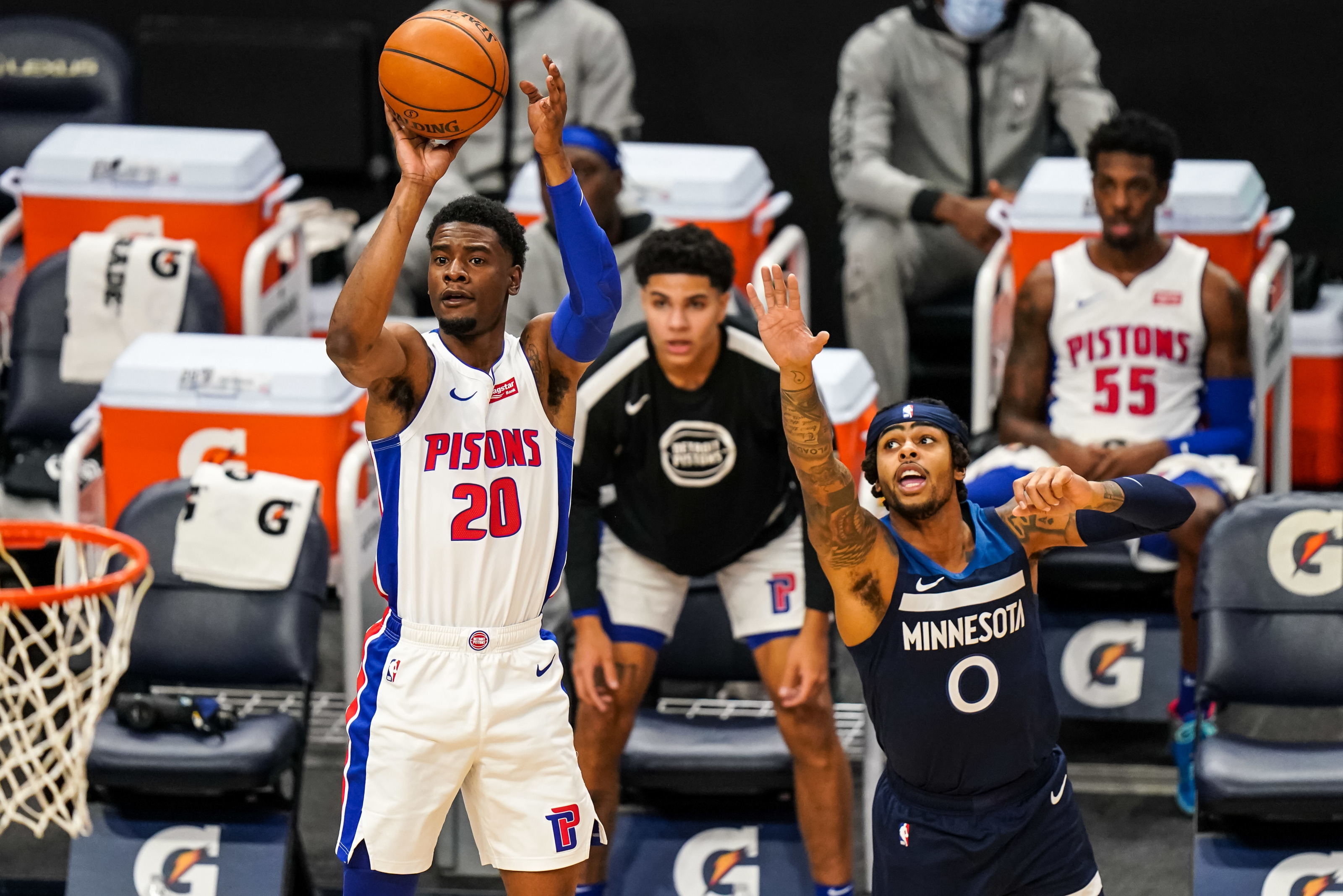 From the desk of Coach Geo…

The Detroit Pistons started the 2019-20 season 2-2.  In the season opener, Andre Drummond had 32 points and 23 rebounds for his usual double-double.  Luke Kennard pitched in with an impressive 30 points off the bench.  The starters were Drummond, Tony Snell, Bruce Brown Markieff Morris and Reggie Jackson.  That was October 23, 2019.  The Pistons went 18-40 before the season slammed its door closed on March 11, 2020.

As we start the new season, our Pistons are 0-4 with a roster of players that most people have never heard of before.  Pistons new GM Troy Weaver and Einstein must have talked and realized that doing the same thing over and over and expecting different results is, indeed, insanity.  So, what should we make of this season’s start and is this a team we should even pay attention to?  The answers are patience and absolutely!

Through only four games, here are just a few observations on our new roster and why we should be patiently encouraged.

JERAMI GRANT (22.8ppg):  Coming from Denver, Grant is looking to explode his career in a Pistons uniform.  He explodes to the rim and has a solid jumper.  His athleticism is impressive and he is shooting 36.7% from behind the arc and 47% overall.  He has maturity on the court which was seen against Golden State.  After starting 1-9 (1-6 3pfg), Grant attacked the basket and finished by shooting 8-12 and going 6-7 from the FT Line.  Translation:  His outside shot was off so he attacked the rim and finished with a team high 27 points.

JOSH JACKSON (17.3ppg):  Like Grant, Jackson is looking to find a home where he can play his game and not have to defer to other players on most possessions.  He looks like a young Rip Hamilton and is scoring 5+ points more than his career average.  With every game he is becoming more comfortable and when he is on the floor with Grant and D-Rose, some teams will have some difficult match-up issues. We like it that he is from Detroit, too!

MASON PLUMLEE (7.8pts/9.8reb):  Many people questioned his contract and perhaps rightfully so.  But take that away and you have a seasoned pro who isn’t looking to do anything but rebound, defend, set screens and set an example for the younger players.  And he won’t take minutes or shots away from younger players as Christian Wood may have done.

ISAIAH STEWART (4.0pts/7.5reb):  Stewart has become my favorite Piston.  He is a rookie and has only played in two games.  But he is Ben Wallace 2.0.  In just 19 minutes per game, he already has nine offensive rebounds and boxes out/seals off defenders better than anyone on the team.  He is pure hustle and desire.  He has not received media love or high praises from Pistons commentators, but if you watch him play you will see the potential this 19-year-old has.  Exciting!

ATTACKING THE RIM:  Over the past few seasons, we have watched Blake Griffin back down defenders, Reggie Jackson dribble the ball for too long and the Drummond/Jackson pick and roll.  Today’s Pistons are getting to the rim.  If you watched the Atlanta game Monday, the Pistons -without Griffin and Derek Rose- attacked the rim immediately.  They scored a regulation high 120 points on 98 shots.  That is called being aggressive and in basketball, aggressive teams win more often than not.

Coach Casey is still getting to know the players.  Remember, there was no Rookie League this year and almost no off-season workouts.  And with just two weeks of training camp, this squad will need time.  And with only four returning players, this is the perfect storm for a slow start.

But this is a slow start that will reap a future that has such an upside.  And as long as the team keeps playing with this kind of energy, they really are worth a 2-hour watch!  GO PISTONS!