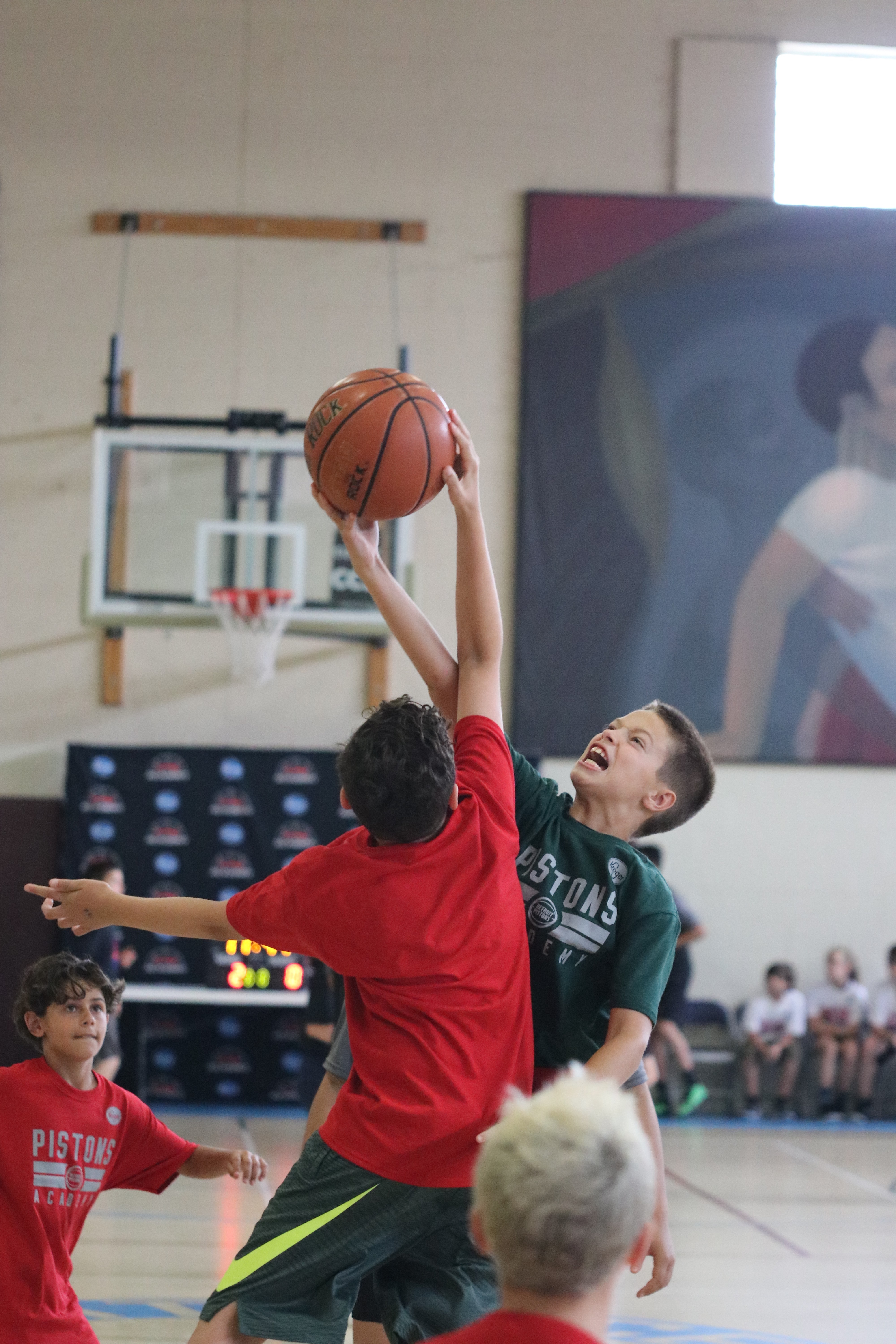 Tuesday (Day 2) at the Ultimate Hoops Week marked the start of “regular season” play, as teams began their week-long quest to claim the Championship within their respective divisions. “We witnessed some incredible games on Tuesday and things are shaping up nicely for the rest of the week,” said Camp Director Bryan Bollin. “We had some very competitive games to start our regular season and it will be very interesting to watch each team develop over the course of the camp,” he added.

In addition to 5-on-5 regular season games, campers participated in the second round of Free Throw shooting. We also began our week-long 1-on-1 contest, with players competing in 12 separate divisions with hopes of earning a Camp 1-on-1 Championship.

Campers also were taught various concepts on Tuesday, including how to execute the pick-and-roll, keep the floor spaced and move without the ball.

NAME THE PISTON: I was drafted in the first round of the NBA Draft. I won two NBA Championships and played 14 seasons in the NBA. I played over 1000 games in the NBA and was inducted into the Hall of Fame in 2006. WHO AM I?

If you think you know the answer, write it down on a 3″x5″ piece of paper and turn it in at check-in on Tuesday. Correct answers will be entered into a raffle for an autographed item.

All campers received a special edition camp shirt. Players must wear this shirt to camp each day.

All players must check-in each morning. Camp check-in begins at 8:40am.

Lunch orders must be placed each morning at check-in.

There will be an awards ceremony at 1:30pm on Friday. Family and friends are welcome to attend.