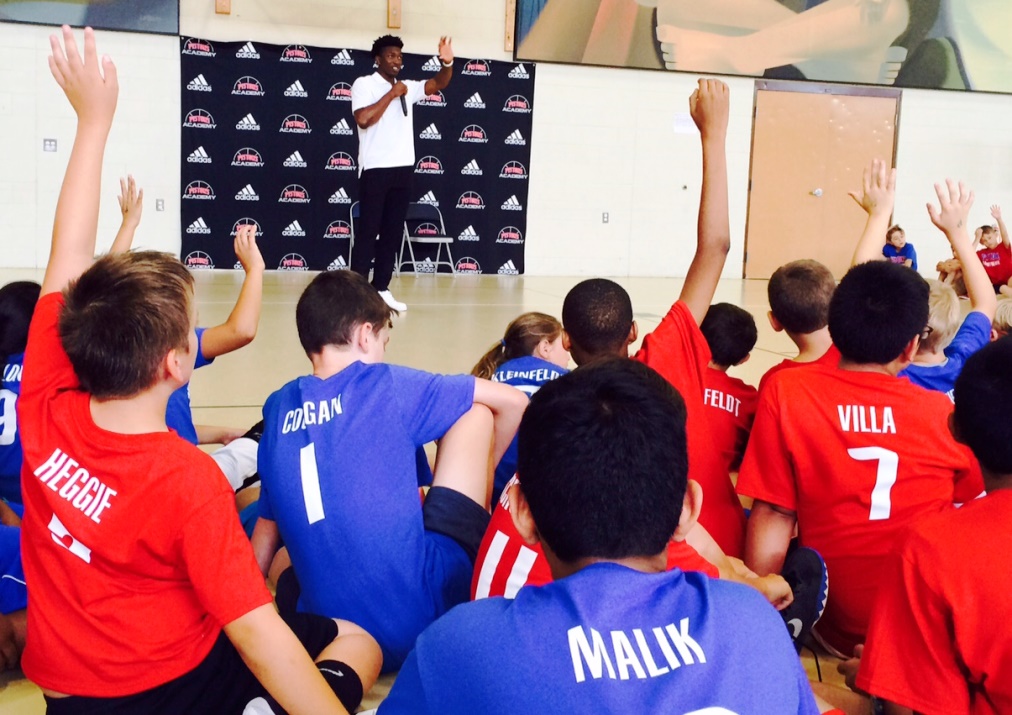 It was one of his first public appearances as a Detroit Piston and it may be his most impactful.  Stanley Johnson, the Pistons first round draft pick this year (and eighth overall) made a surprise appearance at the Ultimate Hoops Week Camp in Bloomfield Hills.

Johnson entertained questions from the camp and many of his answers hit home with the campers.  “I’m just always looking to improve,” said Johnson when asked what motivates him now that he is in the NBA, “I want to be better than I was in college.  I want to be the best player at my position and help the Detroit Pistons be the best team we can be.”

Johnson also spoke about how his mother helped him get hooked on basketball.  “My mother player basketball (she was a star player at Jackson State) and she helped me with my game.  When I was 14, I realized that I could play and my goal was to reach the NBA.”  Along the way, Johnson won four California state championships (2011-14).

After the Q&A, Johnson patiently posed for pictures with each division in camp.  he appears to be the consummate professional and after his outstanding performance in the NBA Summer League, it appears that he is going to be a strong, strong player for years to come.

Tuesday’s Impossible Question:  Winner will be drawn in the morning.

WEDNESDAY’S Impossible Question:  Is on the handout we gave at camp today.