VETERANS MAKE THEIR MARK AT TUESDAY’S CAMP IN SOUTHFIELD 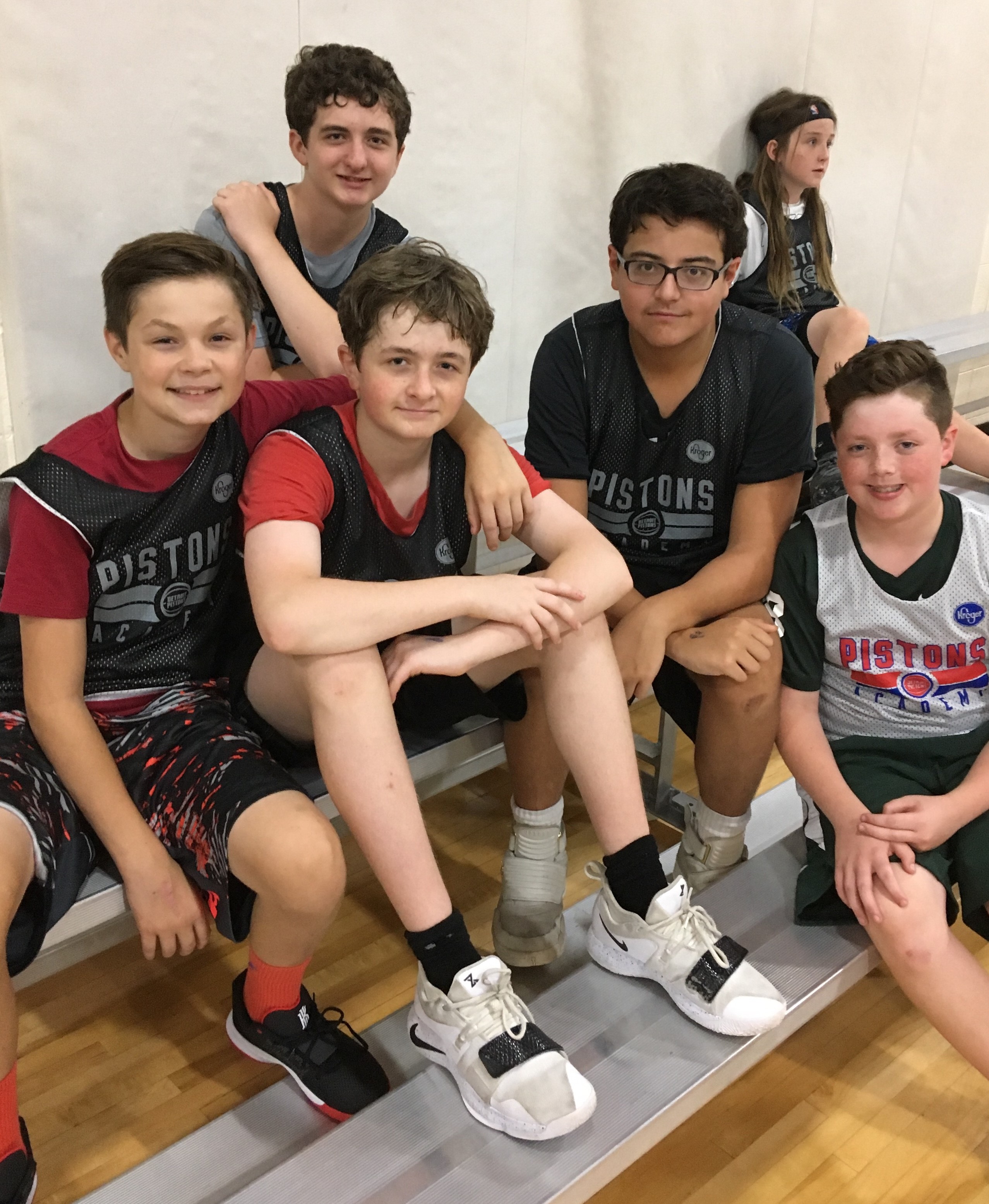 With just three days left in the 2019 summer camp tour, many of the campers in attendance are making the most of their last few days of not only the summer, but their career.  “We have a lot of kids who will be too old next year,” said Coach Geo Thomas, “Many of these campers have been with us for years.  It won’t be the same without them!”

Campers like Aidan and Nick Wagner, Kaan and Aarman Jovic, Andrew Khirallah and Drake Walker have been attending Pistons Academy Camps for over seven years.  “Its been a wild ride for some of these guys,” said Camp Director Bryan Bollin, “Watching kids like the Wagners grow up with us has been a great experience for us.”  It was only fitting that Aarman Jovic hit the game-winning shot in today’s spotlight game.

“Although we will be losing so many veteran campers, we have a new wave of kids who are making impressions on the coaches as well,” said Co-Director Aaron Smith,” Siblings like Brady and Mack Reid, The Kukes brothers (Lance and Chase) and some new kids like the Kincaids (Maddox, Noah, Ryder).  All of these players are becoming synonymous with Pistons Academy.

Here are the latest standings from Tuesday’s events:

Andre Drummond has worn two numbers with the Pistons. Can you name both of those numbers?

If you know the answer, write it down on a 3×5 piece of paper and turn it in at check-in Tuesday morning.  Winning answers will be placed into a raffle for some cool prizes and autographed Pistons posters!