Pistons Academy aims to create impactful, memorable and positive experiences on and off the court that generate passion and love for the game of basketball through our various camps, clinics and leagues. Participants receive special access to Pistons perks and each program is led by experienced, professional instructors that deliver an outstanding youth basketball experience from start to finish. 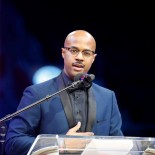 “Coach” Aaron is a 22 year veteran with the Detroit Pistons Organization.  A graduate of the University of Michigan, he is currently the Director of Youth Engagement and Development which includes directing the Pistons Academy’s summer basketball camps.  Aaron also travels the state of Michigan as a youth motivational speaker for the Detroit Pistons school assembly program.  His positive message and personal story have positively impacted thousands of young athletes.  In addition, Aaron has over 15 years of high school basketball coaching experience and is currently the varsity boys coach at Royal Oak High School. 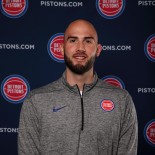 “Coach” Bryan enters his sixth full season with the Pistons, bringing with him an extensive amount of playing, coaching, and youth basketball programming experience. Bryan earned all-state honors at Brighton High School and spent his summers playing for Nike’s “The Family,” a premier youth basketball organization in Detroit, before competing on the collegiate level at Grand Valley State University. Following his playing career, Bryan has spent multiple years directing youth basketball camps, clinics, and leagues in the Metro Detroit area. He is also one of the area’s top youth basketball skills instructors. Coach Bryan hopes to provide youth basketball opportunities through the Pistons Academy that “Inspire and challenge the leaders of tomorrow, while helping our young athletes develop a versatile skill set that will benefit them both on and off the basketball court.” 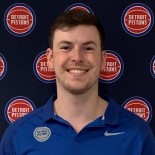 After working and volunteering with the Detroit Pistons for two years, Bobby is entering his first year as a full-time employee.  He is a 2021 graduate of Western Michigan University where he obtained his degree is sports management & communication.  While at Western, he served as the President of Sigma Tau Gamma fraternity and was the head coach of the women’s club basketball team.  In his time with Pistons Academy, he has worked as a lead coach, helping in all aspects of facilitating summer camps while also assisting in facilitating free youth basketball clinics as a part of the Detroit Pistons’ Basketball for All program. Bobby brings a great work ethic as well as a wealth of basketball knowledge to the Pistons Academy program.