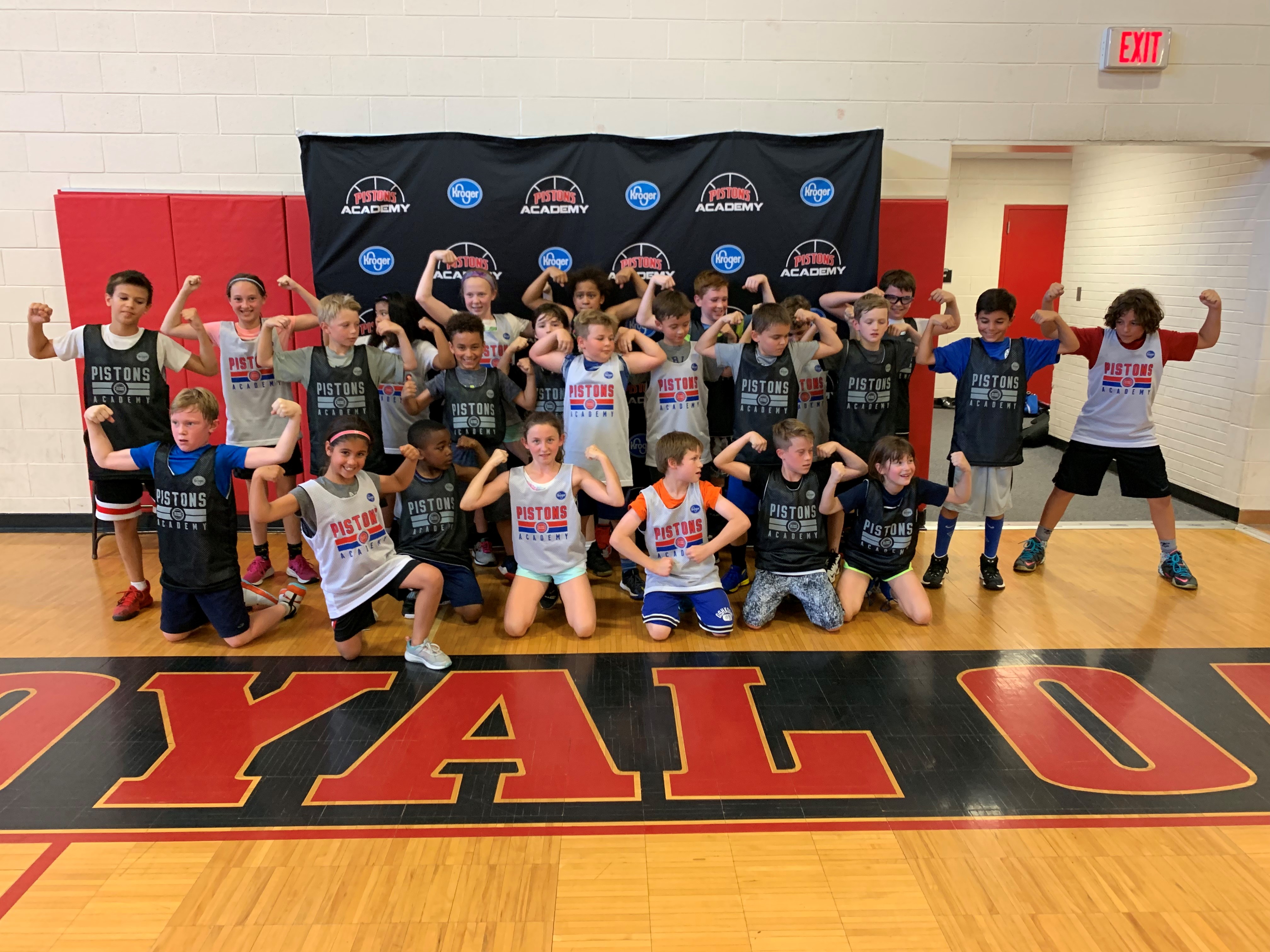 The Pistons Academy camp at Royal Oak Middle School started “Way-Back Wednesday” with a discussion about how the Pistons Bad Boy team was created over time.  And how the team had to work harder year after year. When the team suffered devastating losses to Boston in 1987 (Bird stole the Ball!) and to the Lakers in 1988 (Isiah’s ankle and the phantom foul on Kareem), the team could’ve quit and looked for success elsewhere.  Instead, the team worked even harder and eventually won back-to-back championships in 1989 & 1990. 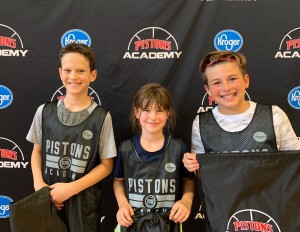 That story may have motivated the camp as they put together one “Hard-Working-Wednesday” and really impressed the coaches with their work ethic. “I can’t believe how hard some of these campers work,” said Red Division Coach Sammi Withrow, “I watch them in this warm gym and they just never slow down.  I chose Lois Cortez because she work hard and always hustles but there are so many other kids like that. I love this camp!”

Working hard can also inspire teams to do great things.  We’ve talked about teams with great 4-Ball records but today, two teams got their first wins of the week. Eastern had a strong 58-52 win over Indiana and Rutgers shocked Kentucky, 26-19. With one more day of qualifying games, these teams can make some noise as the tournament approaches.  Click here for all the 4-Ball standings: RO 4-Ball Standings

In the Free-Throw Contest, Sam Zeller has taken over the lead with 44 points and is the #1 overall seed.  Also securing a #1 seed are Jada Josifovski, Anthony Gotta and Faris Ibrahim.  The Free Throw contest will start Friday. To view the final scores, click here: ROMS FREE THROWS

Finally, the 3-on-3 Tournament will begin on Thursday and 17 teams are ready to play!  The winners of each division will be given a free spot in the July 13, 3-on-3 Tournament at Little Caesars Arena! Here are the teams and the divisions in which they will play! 3-on-3 Teams

Turn your answer in at check in for a chance at more autographed merchandise!!!